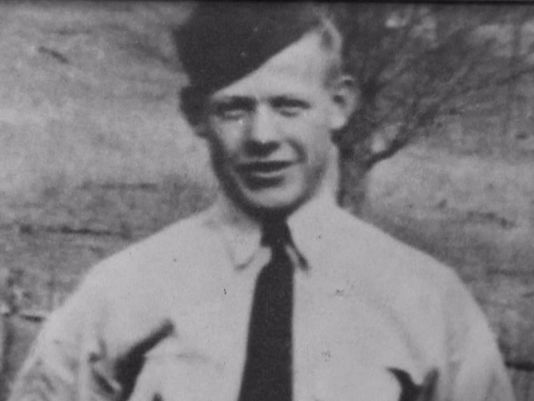 Sergeant Amos B. Boseley was born in 1918 in Ohio. He was assigned to the 2868th Engineer Service Detachment. He was given a finding of death on 20 July 1946 and is listed on the Tablets of the Missing, Manila American Cemetery, Philippines.

HARRIMAN — It’s a flight that never arrived, with circumstances that continue to haunt a Roane County family nearly 70 years later.

But there was some closure for the relatives of Army Sgt. Amos B. Boseley during a somber ceremony Tuesday at the VFW Post 6598 in Harriman.

Amos Boseley was on a Navy aircraft traveling from one Philippine island to another that never arrived. It went missing July 20, 1946. He was 28 years old.

The Morgan County native had enlisted in the Army in September 1940, before the U.S. entered the war.

“He was in some of the heavy fighting there in the Philippines,” said his nephew, Jim Boseley of Rockwood. “He told his mother that he didn’t know if he’d come home or not.”

Much of Amos Boseley’s wartime exploits remain shrouded in mystery. “During the war, they censored the mail,” Jim Boseley said. “There was very little information that you could receive from the soldiers.”

What happened on that fateful day in 1946 when Amos Boseley’s plane failed to return will never be known. “Our family has been haunted by this ever since,” Jim Boseley said.

Another of Amos Boseley’s brothers, Francis Boseley, “spent his entire life trying to figure out what happened,” Jim Boseley said. The brother was so vexed by his brother’s disappearance that he re-enlisted in the military in a bid to find out.

“The family was never told anything,” Jim Boseley said, and never received any of the military medals that Amos Boseley had earned. Many of the needed records were consumed in a disastrous fire at a military repository in St. Louis, he said.

The quest for those medals began the day before Memorial Day this year in Eureka Baptist Church in Rockwood. Jim Boseley said a deacon asked if there were relatives of any “fallen vets” in the congregation. He said he told the deacon about his long-dead uncle.

Jim Boseley said he contacted the office of U.S. Rep. Chuck Fleischmann, and the Ooltewah congressman’s staff began work on identifying the medals Amos Boseley had earned and then securing them.

That staff was credited with arranging Tuesday’s ceremony, attended by about 50 veterans and others.

“We can never forget the sacrifice of those who gave their lives for our country,” Fleischmann told the crowd. 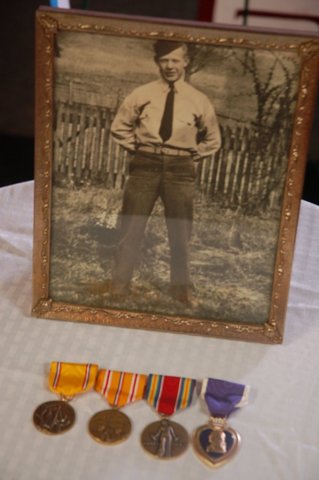