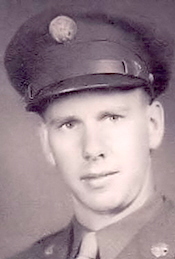 Amon D. Wagner was born in 1917 in Stony For, Watauga County, North Carolina. He enlisted 26 February 1944 and served as a Private in 38th Infantry, 2nd Division. He died 19 Dec 1944 near Krinkelt-Rocherath in Belgium and is buried in Henri-Chapelle Permanent Cemetery, Belgium. Plot C – Row 6 – Grave 17. 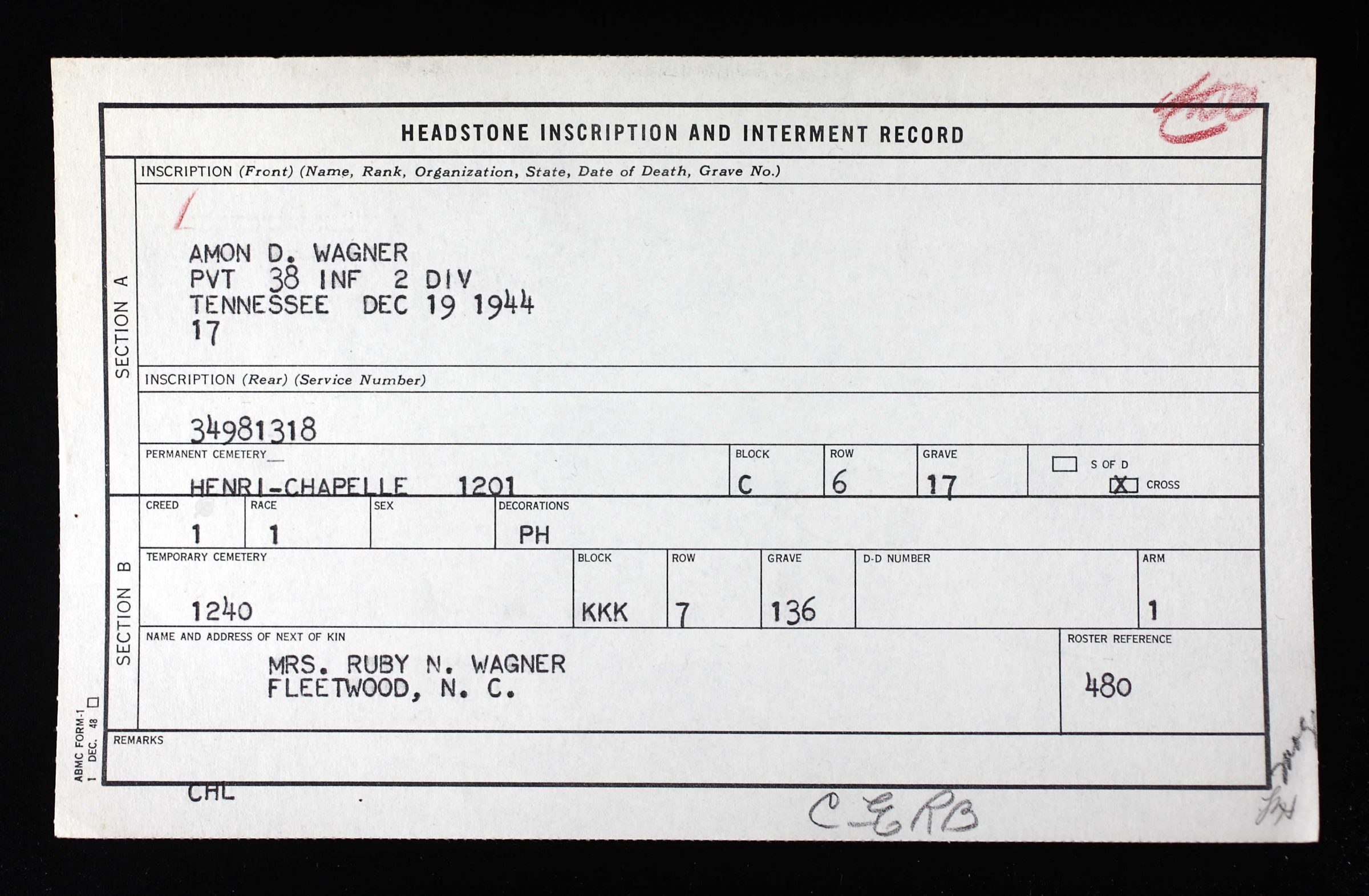 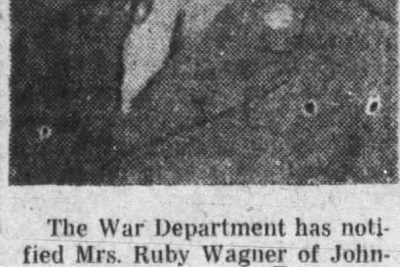