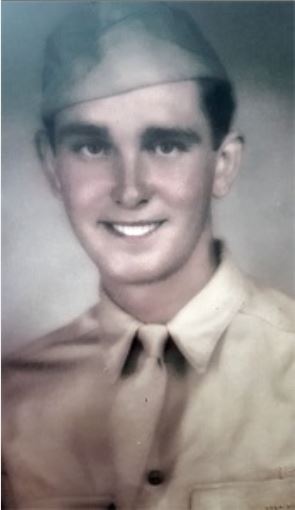 Staff Sergeant Alvin Welch was killed in action in Germany, March 8, 1945
He enlisted at Camp Shelby, Mississippi on 11 April 1944.

The citation of his Silver Star stated:
‘The President of the United States of America, authorized by Act of Congress July 9, 1918, takes pride in presenting the Silver Star (Posthumously) to Staff Sergeant Alvin Welch (ASN: 34987441), United States Army, for gallantry in action while serving with the 137th Infantry Regiment, 35th Infantry Division, in action near ****, Germany, on 8 March 1945. When his unit was pinned down and encountered heavy opposition from the enemy during an attack, Sergeant Welch voluntarily covered the reorganization of his squad from an exposed position. His gallant performance in this action enabled the squad to resume its advance, but as he moved to rejoin it, he was killed by an enemy sniper. His intrepid daring and self-sacrifice reflect high credit upon his character as a soldier.’ 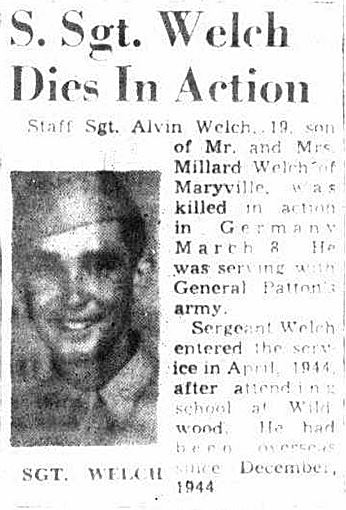 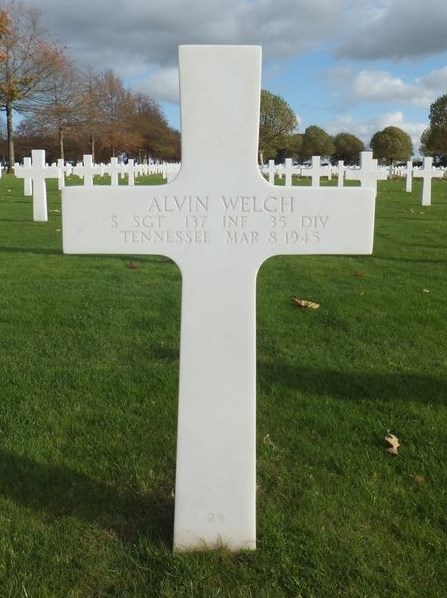 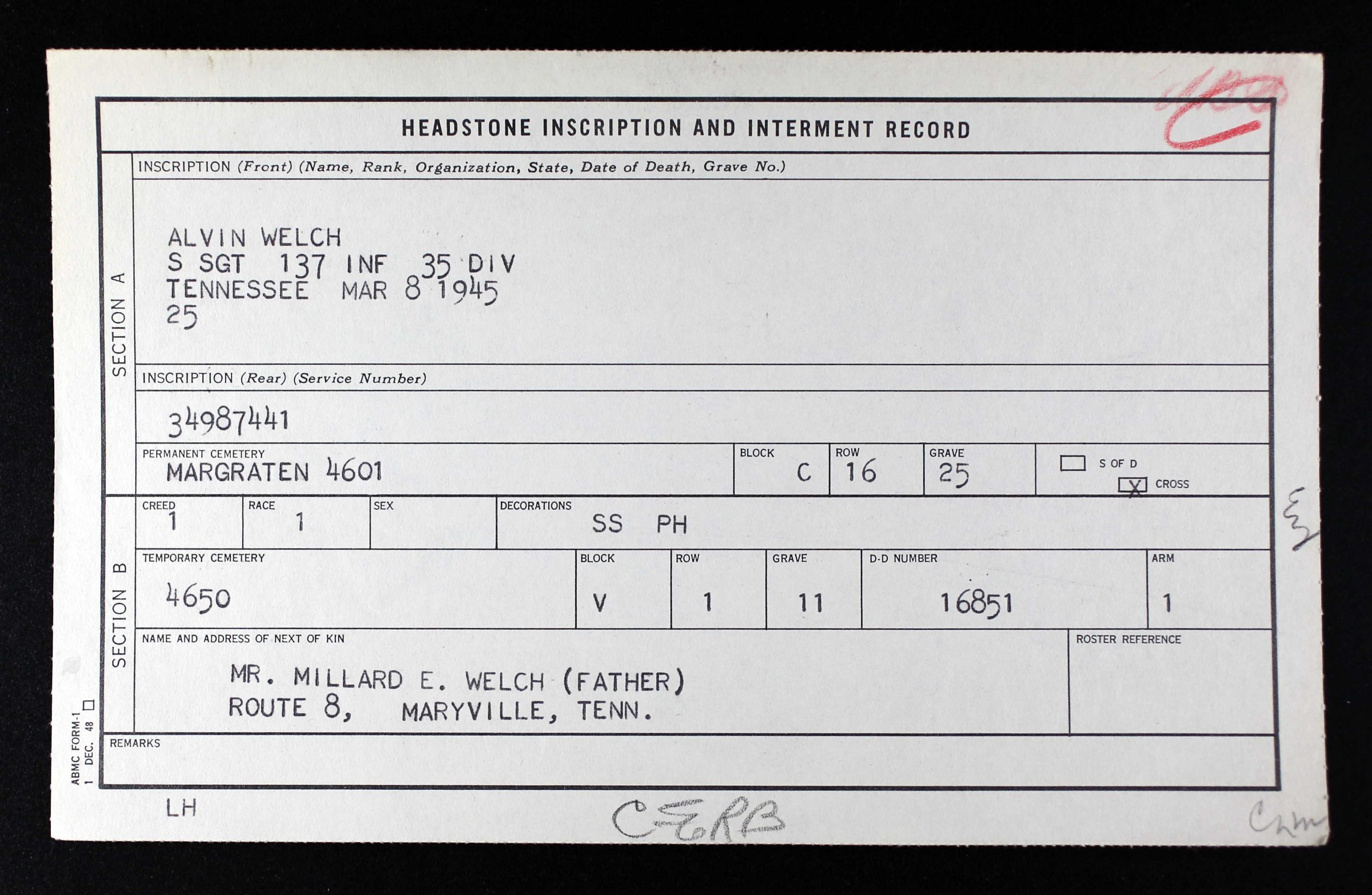