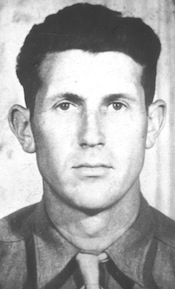 Alvin Mack Lowe was born Knoxville, Tennessee in 1913 to Nathan Mack Lowe and Ida E. Burnett. He was the husband of Grace Edith Davis.
He enlisted on May 21, 1942, in Camp Forrest, TN. He died of wounds in Italy and is buried at Sicily-Rome American Cemetery in Nettuno, Italy.

I believe his birthday was March 31, 1914. I am trying to verify that.
–Submitted by Debra Ivarson, his granddaughter

The Knoxville Journal, February 26, 1944
Staff Sgt. Alvin M. Lowe of Lowe’s Ferry Pike, former employe of a Gay Street department store, was killed in action in Italy, Jan. 30, the parents, Mr. and Mrs. Mac Lowe, Knoxville, Route 14, have been notified by the War Department in Washington, D.C. Sgt. Lowe, 29, had been in the U.S. Army 20 months and was with the troops that invaded South Africa. He was one of the soldiers who escorted President Franklin Roosevelt when he made his history-making visit to Africa. After moving with the invading army Sgt. Lowe participated in the fierce fighting in Sicily and went from there to Italy. The parents recently received a letter from Sgt. Lowe telling of the various engagements in which he had taken part and said he hadn’t suffered as much as a sligth scratch. It also was recalled by friends that Sgt. Lowe had taken part in the first North African landings and fought through Tunisia. When he enlisted for service in the U.S. Army, Sgt. Lowe told relatives and friends that he felt that it was his duty to respond to the call to help his country win the war.
In addition to the parents, other survivors are his widow, Mrs. Grace Davis Lowe, and their four children, Caroly, Bobby Jean, Alma and Mackie are making their home with his parents. He is also survived by one sister, Mrs. Zula Reaves of Fontana, N.C., and a brother, Mr. William T. Lowe of Kimberlin Heights. 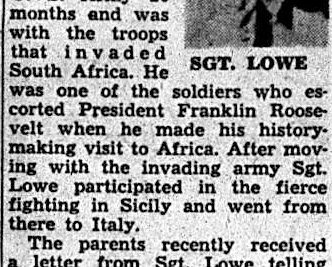 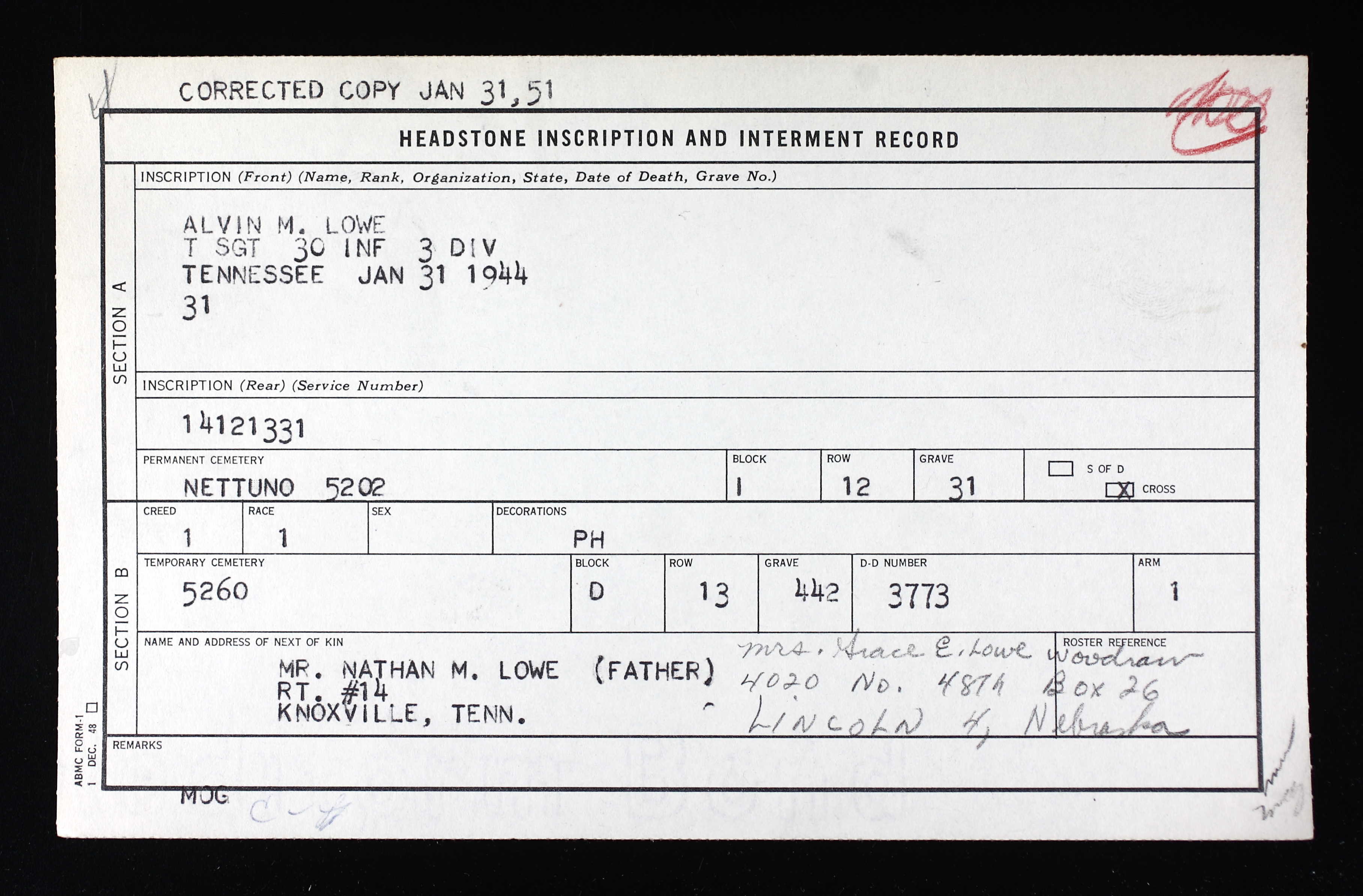 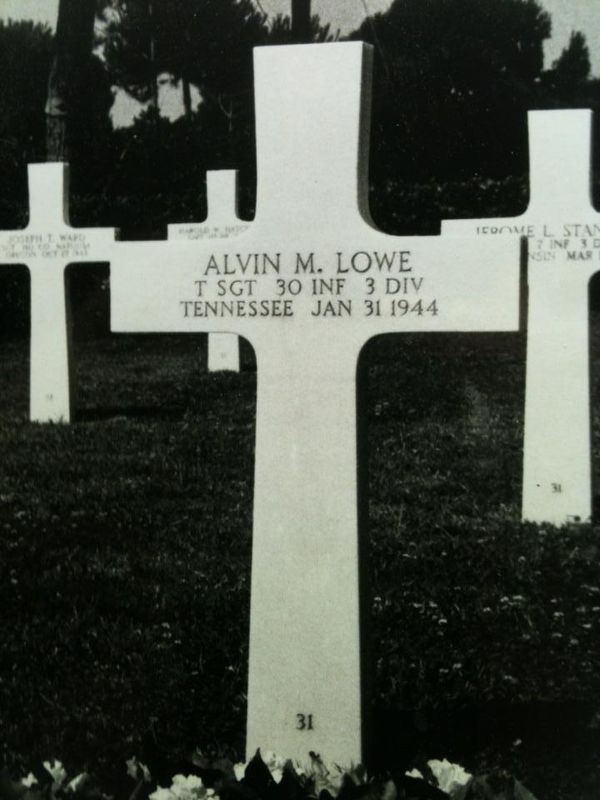