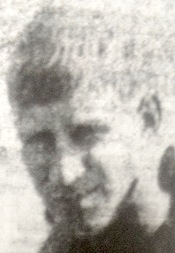 Sgt. Alvin Eugene Wiles was born on July 20, 1946, in Knoxville, TN. He was a graduate of Fulton High School and attended the University of Tennessee. His tour began October 4, 1967, and was stationed in the headquarters company of the 198th Light Infantry Brigade. Sgt. Wiles was killed May 13,1968, in Vietnam. He was buried at Greenwood Cemetery, Knoxville, TN.

“Sp4 Alvin E. Wiles Dies In Vietnam”:
“Sp4 Alvin E. Wiles, son of Mr. and Mrs. Clinton A. Wiles, of 2812 North Hills Boulevard, has died of injuries suffered in Vietnam, his family was informed yesterday. The 21 year old soldier was hit Monday by fragments from a hostile mine while a passenger in a military vehicle on convoy in the I Corps section of Northern South Vietnam. He was a military policeman and machine gunner assigned to Headquarters Company, 198th Light Infantry Brigade, Americal Division. He arrived in Vietnam, October 18, and had written his parents on May 3 that he would be home in five months and was looking forward to sleeping a long time, his mother said. Wiles had narrowly escaped injury last February during military operations along the Tri Bong River when he spotted a mortar shell partially submerged in the river bank and rigged to explode with the slightest jar. He was a graduate of Fulton High School and attended East Tennessee State University and University of Tennessee before entering the Army October 27, 1966. Funeral arrangements await the arrival of the body from Vietnam. Besides his parents, he is survived by four brothers, Ronnie , Andy, Ernie, Devin and two sisters, Joyce and Karen, all of Knoxville.”
–The Knoxville Journal, May 17, 1968, page 2.

“I noticed Sgt Wiles was KIA the same day as Corporal James Rider, who was also an MP with the 198th Light Infantry Brigade. Does anyone know if they were together? Records show Corporal Rider was in a jeep when it hit a land mine somewhere between Chu Lai and Danang. We and Corporal Rider’s family would like to find out more specifically where this happened, as his nephew John wants to make a trip to Vietnam to honor him. Thank you and Semper Fidelis.”
–Submitted by Bob Stockham

“This is in response to the question posted by Bob Stockham. Two other men died in the same incident as Sgt. Alvin Wiles. They are Charles Miller, Ann Arbor, Michigan, and James Rider, Seattle, Washington. Go to www.coffeltdatabase.org and search for Alvin Wiles name. On his page you’ll see a link that says ‘Three persons are in this event group.’ I didn’t know Alvin, but attended Fulton High School with some of his siblings.”
–Submitted by John Schlatter

“Was with the three men when they died, saw the explosion happen. I was their squad leader and they took my place when our jeep had radio problems. Feel free to call or email.”
–Submitted by Robert Putnam