Alton Eugene Shirley was born on 31 January 1916 in South Carolina to John Hilliard Shirley and Henrietta Wilson. He had seven sisters, Mary, Edna, Mamie Lee, Hazel, Virginia, June and Ruth Shirley. His father died in 1924 and his mother remarried with William L. Crick. They had two sons together, Robert and James Kenneth Crick. Alton Shirley served during World War II. He entered the service in February, 1940, and in March of the same year was sent to Hawaii where he remained until April, 1943, at which time he was assigned to a tiny island somewhere in the Central Pacific war zone.  Alton was a former employe of Grendel Mill.
Sgt. Shirley went overseas in August of 1950  and was captured the following November. He died in a prison camp in North Korea in February 1951.

Sergeant Shirley was a member of the 2nd Engineer Combat Battalion, 2nd Infantry Division. He was taken Prisoner of War while fighting the enemy near Kunu-ri, North Korea on November 30, 1950 and died while a prisoner on February 28, 1951. 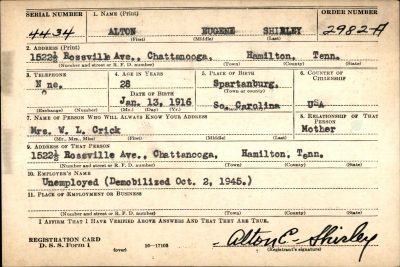 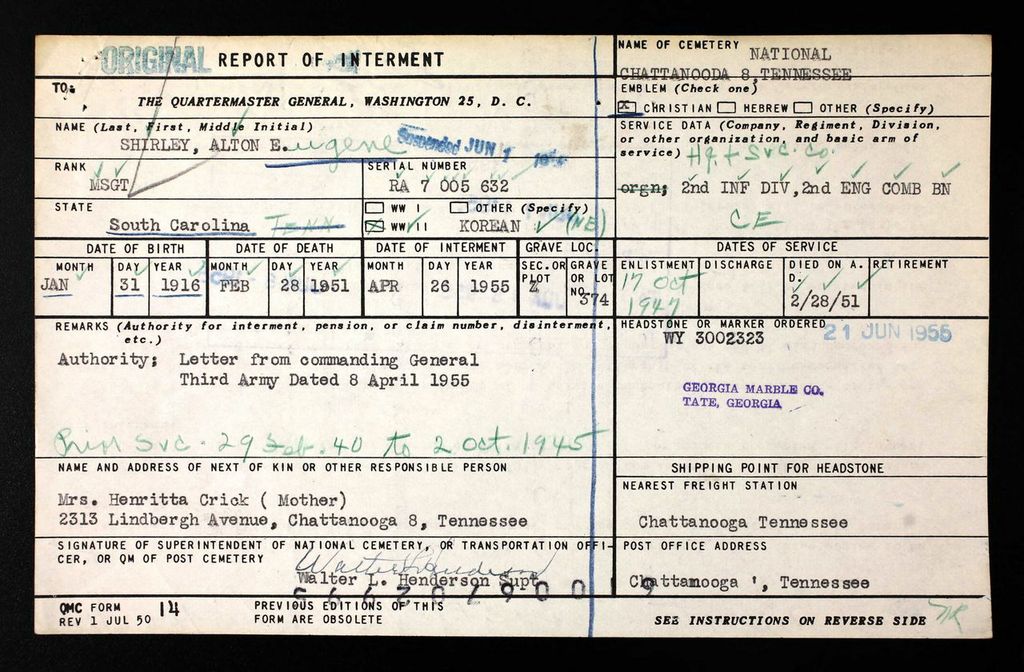 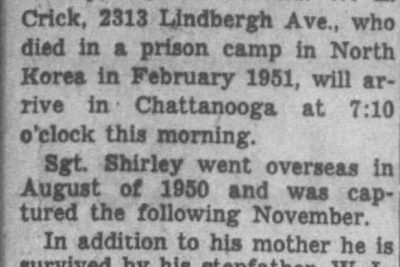 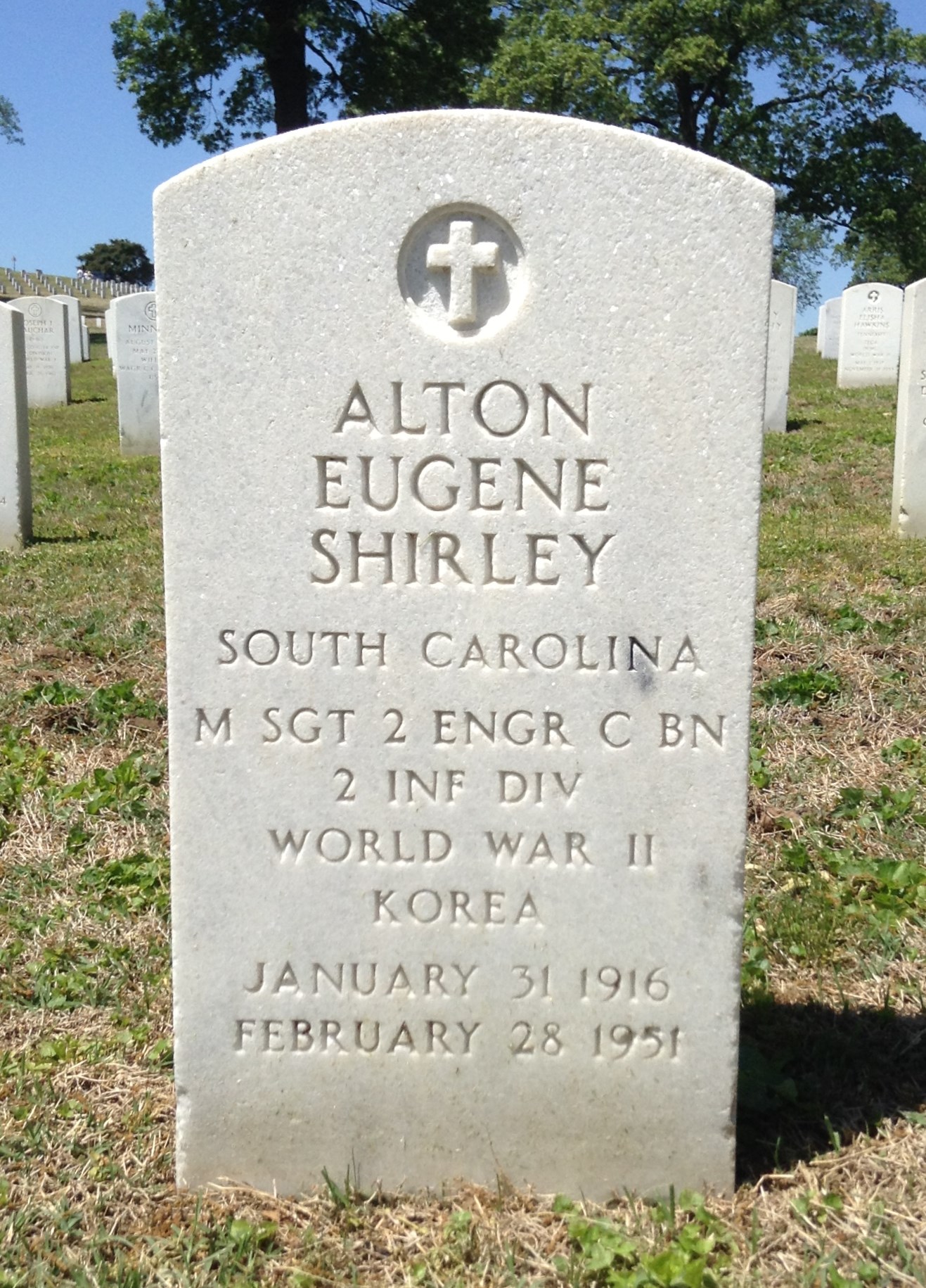