Alph (Alf) Brooks of Rogersville was born October 21, 1895 at St. Clair, Tennessee to James Harvey Brooks and Mary Alice Price. Prior to his enlistment in the Army, he was a farmer on his family’s land in Rogersville. He was not married at the time of his death. He was killed in battle of the Argonne.

Rogersville, Tenn., Nov. 7 – Alph Brooks of Hawkins county lost his life in France November 2. News to that effect was received here today. Deceased was the son of Mr. and Mrs. J. Harvey Brooks, of Choptack. He entered the service last June and after a few weeks service was sent abroad. Previous to joining the army, young Brooks spent time in the west. He is widely connected.
-The Journal and Tribune, Knoxville, Tennessee, Friday, November 8, 1918 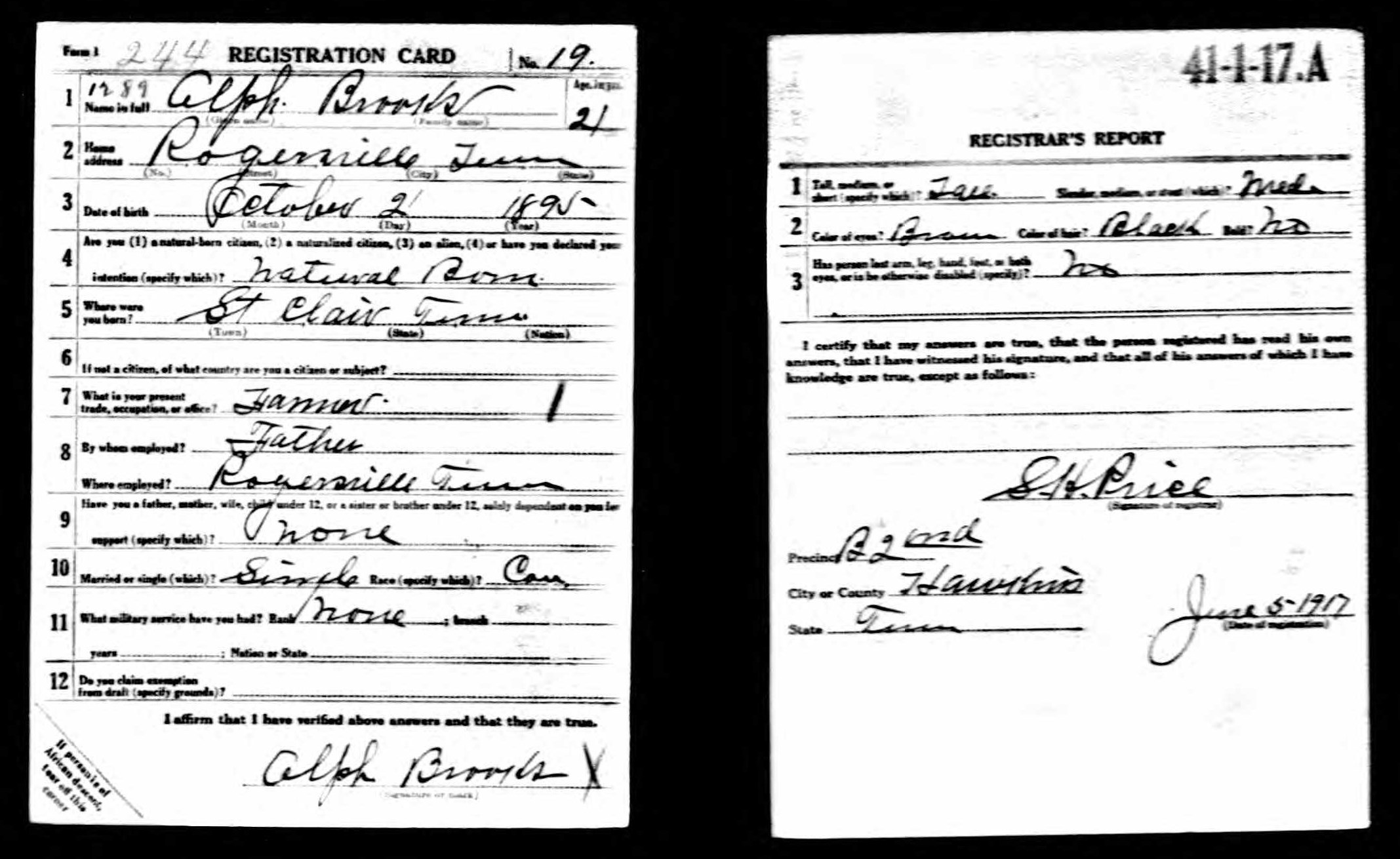 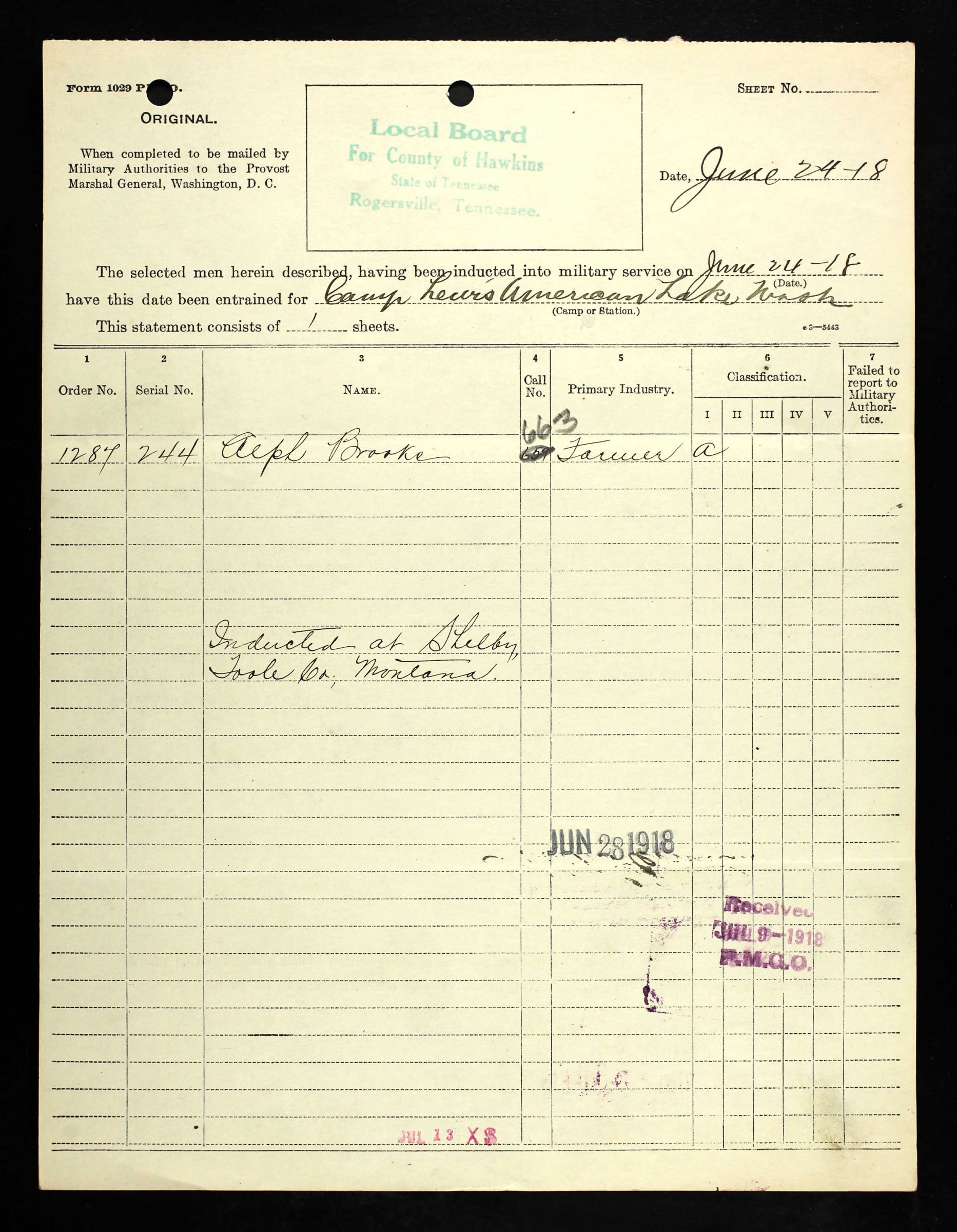 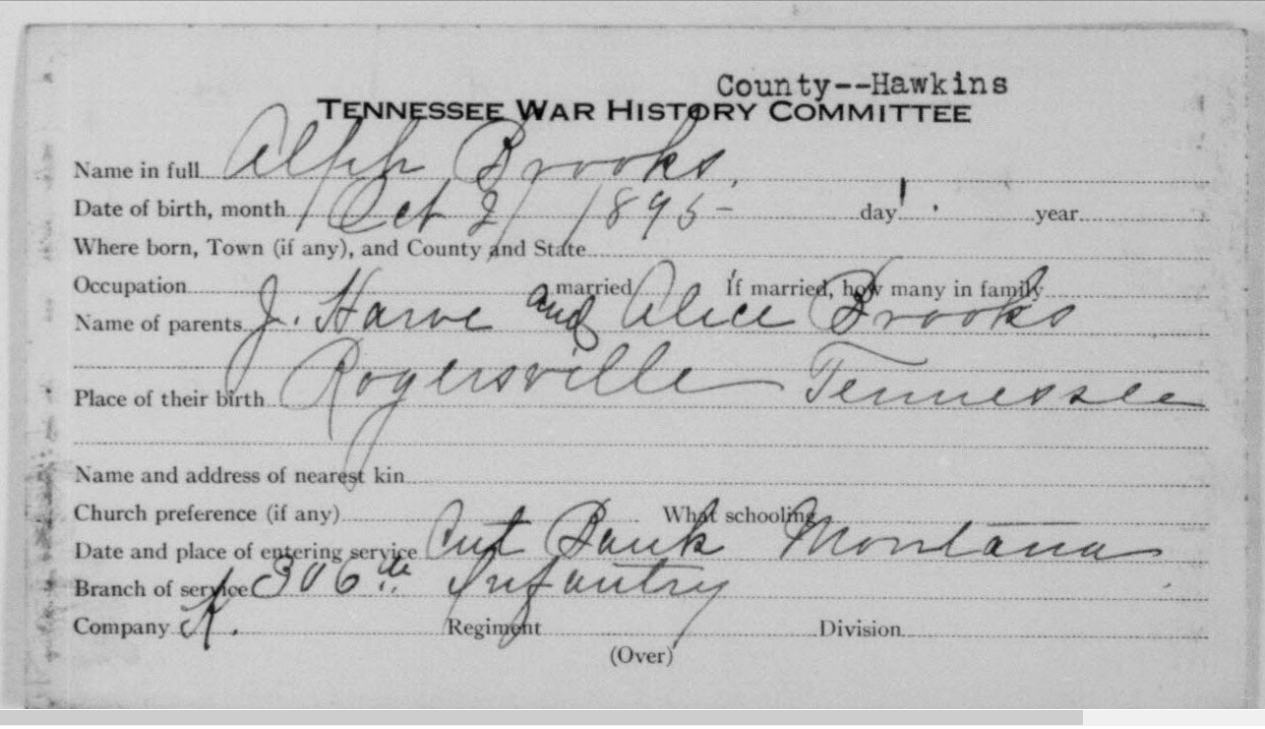 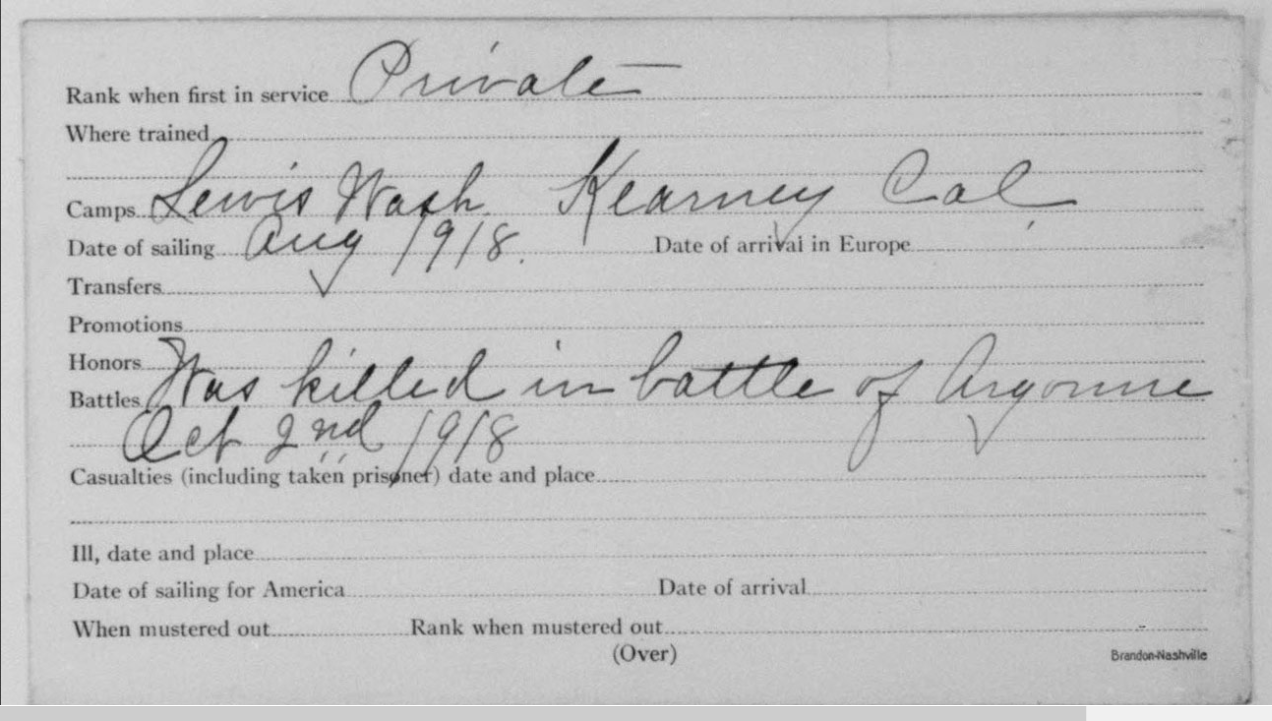 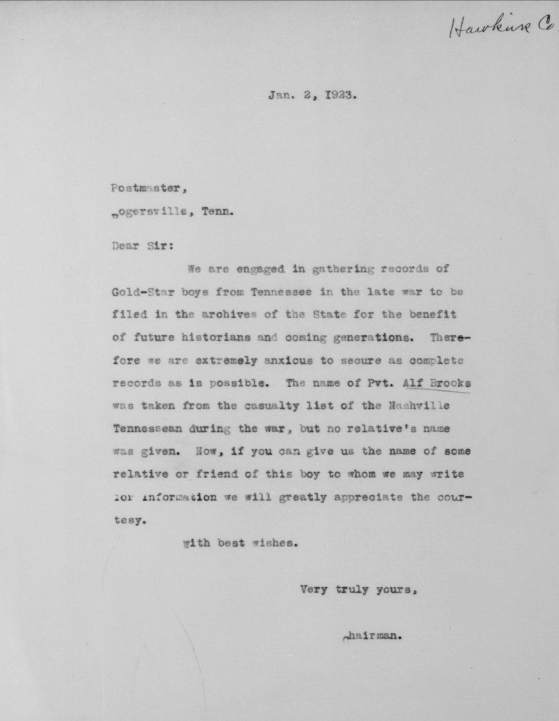 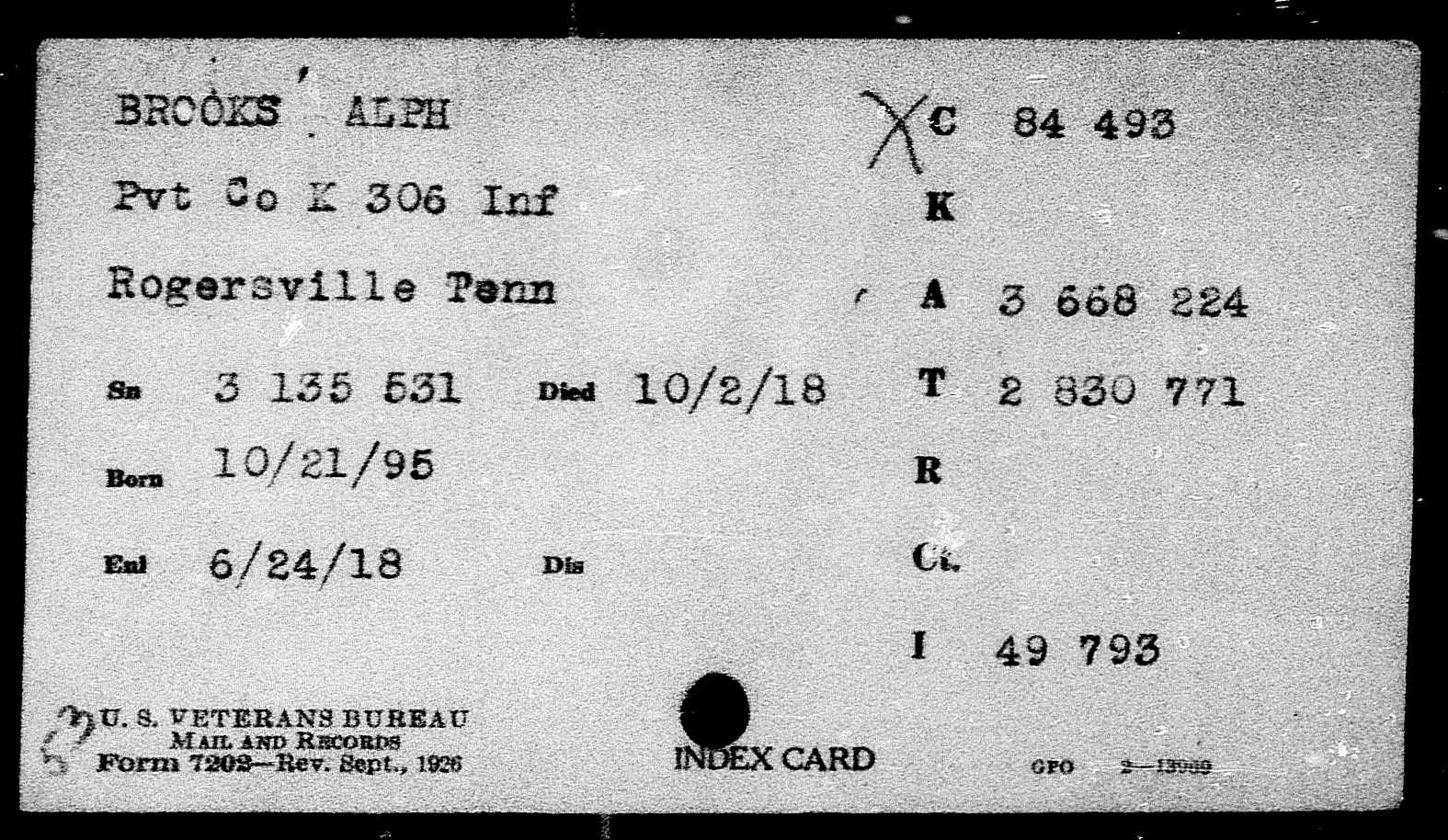