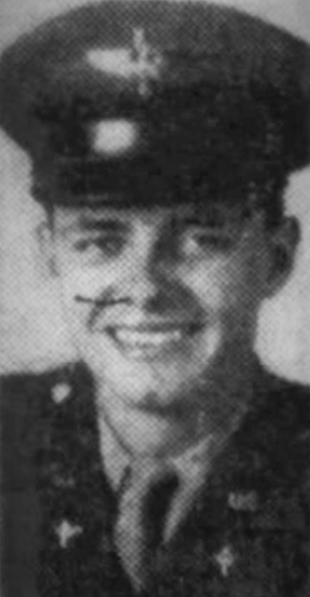 Flight Officer Almer Dorris Lister was the pilot of aircraft P-51D20 with serialnumber 44-63381. He departed from Iwo Jima on a fighter sweep mission to Kasumigaera, Japan.

Statement from 1st Lt Louis C. Gelbrich, Air Corps:
While returning from a strike against the Japanese Empire on 5 August 1945, Flight Officer Almer D. Lister was forced to bail out of his airplane. At 1620, I watched him parachute down, approximately 300 miles north of Iwo Jima. I did not see him hit the water, but located him in the water, still in his chute. I made three passes over him, seeing him every time, still in his chute. On the fourth pass I was unable to locate him. I continued to circle over the area he was in, but could not locate him. I was sent home and Pearl flight, having plenty of gas, continued the search.

The Knoxville News-Sentinel, 24 August 1945
Flight Officer A.D. Lister has been missing in action over Bonin since August 5, the Secretary of War notified his parents, Mr. and Mrs. J.G. Lister, 408 North Fifth Avenue. Officer Lister enlisted in the Air Corps two years ago. He had been in the Western Pacific five months. He worked at Alcoa before entering the service. He attended Knoxville High School. 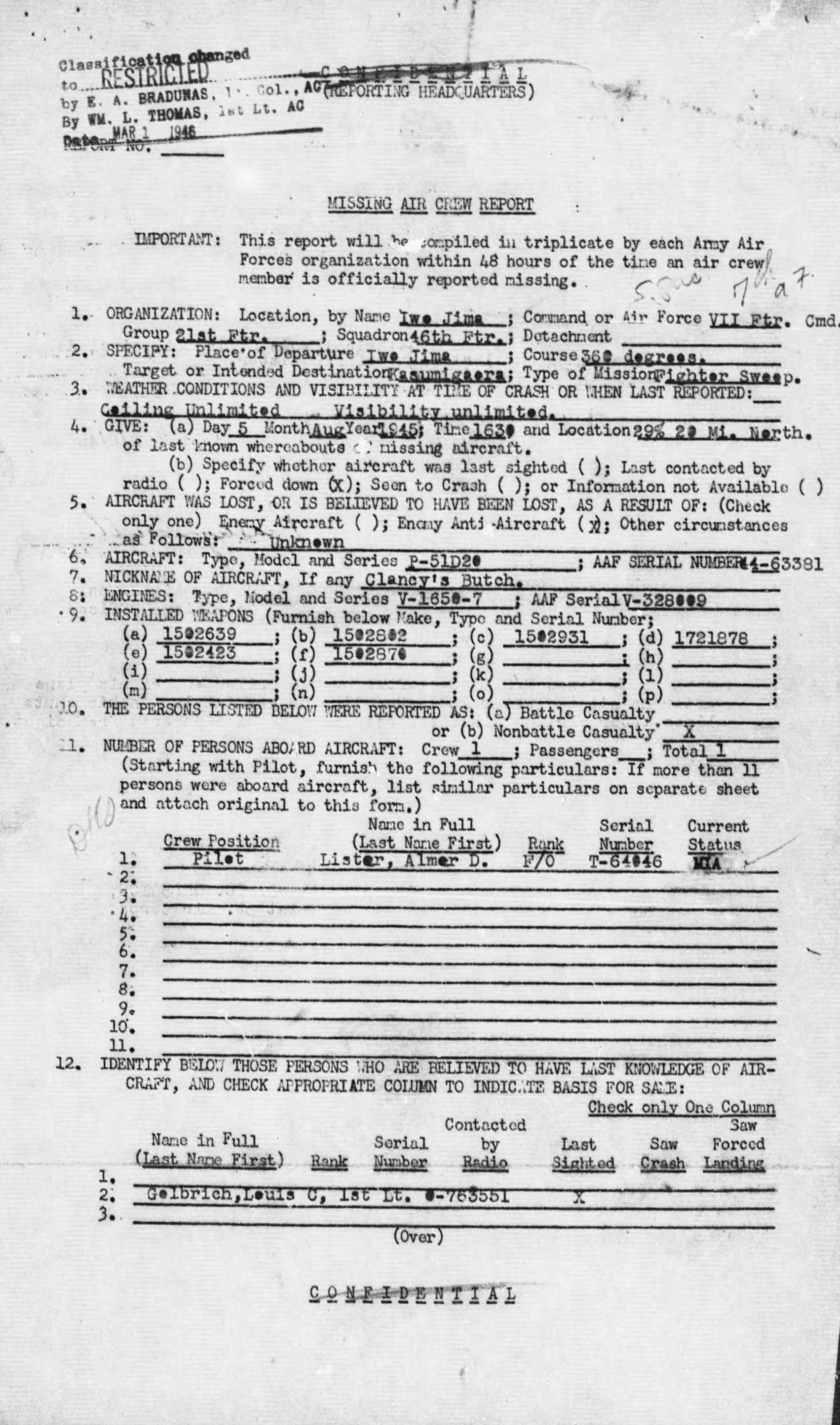 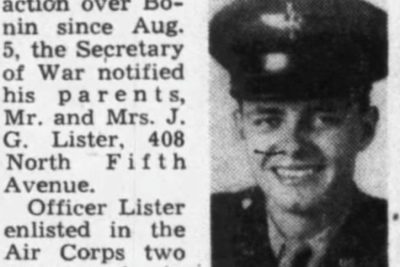