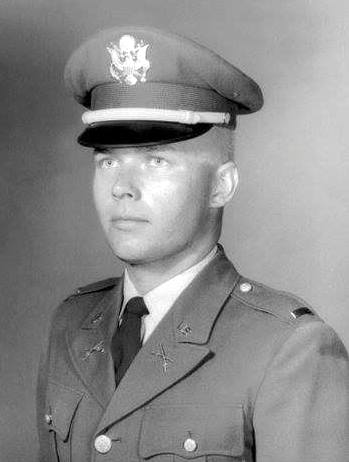 Length of service 3 years
His tour began on March 4, 1967
Casualty was on May 20, 1967
In Pleiku, South Vietnam
Hostile, Ground Casualty
Multiple Fragmentation Wounds
Body was recovered

Allen enlisted in the United States Army and was selected for Officer Candidate School. He graduated the course in October 1966 at Fort Benning, Georgia and received his shiny new gold bars of a Second Lieutenant.

Allen deployed to South Vietnam in the spring of 1967 from Fort Polk, Louisiana leaving his wife and son there. He was assigned to Company A, 1st Battalion, 8th Infantry Regiment, 4th Infantry Division as a Field Artillery Missile Operations & Intelligence Assistant Officer. He arrived Camp Holloway, Pleiku, Gia Lai Province on 4 March 1967. Allen was killed in action at Pleiku by incoming mortar fire just over two months later on 20 May 1967. He was awarded the Purple Heart, Army Commendation, National Defense, Vietnam Service and Vietnam Campaign Medals for his actions and service to us and our nation.

Allen’s the son of Allen Tebbs Rogers, Senior and Vivian Winters Garrett. He’s married to Lorene Claudette Hurd and they had one son.