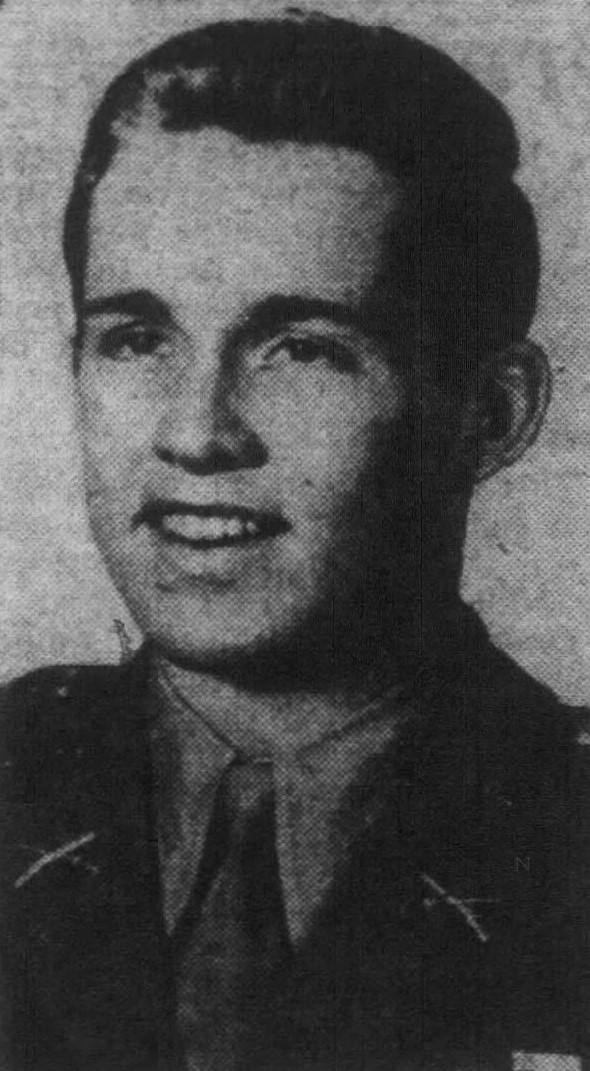 Young Wright was a transit passenger on the Marine “Flying Boxcar” which crashed only a few minutes after taking off from the Pensacola airstrip taking 41 passengers and members of the crew to their death. Five survivors were pulled from the burning wreckage.
All passengers aboard the plane were members of the Naval ROTC Midshipman’s School and represented the students from University of Oklahoma, Rice Institute and the University of Oregon. The students were participating in a six-week summer course in naval indoctrination and were on the last leg of a transfer flight from Corpus Christi, Texas to Norfolk, Va.
Allen moved to Sweetwater from Knoxville about eight years ago when his father accepted the Gulf Distributorship for this area. He showed ability early in life when he led his class at Tennessee Military Institute in the first of five years of attending the school. And each succeeding year followed the same pattern being the first student in the history of the school to achieve the honor of being top men for five successive years.
The young midshipman proved his ability to be “all-round” when he made the varsity football team at the military school in his sophomore year. Outstanding ability on the gridiron in his junior year led to his being elected captain of the team his senior year. He was also a member of the track team at the Mid-South school.
Military achievement came natural for Allen, and in his junior year at TMI he was commissioned a lieutenant. In his senior year he was in command of the military battalion with the rank of First Lieutenant Colonel, the first student to attain this high rank.
In November of his senior year he took the Naval ROTC entrance examination at Knoxville and passed the three-phase test which allowed him to choose the college at which he wished to participate in the program. Allen chose Rice Institute and was majoring in Petroleum engineering. He had planned to transfer to Georgia School of Technology for the junior year this fall.
The plane, which carried the midshipmen to his death, was one of five that was transferring the students. It had stopped in Pensacola for fuel and was only a few feet in the air when motor trouble occurred.
Allen is survived by his parents, one sister, Janie, all of Sweetwater, two grandmothers, Mrs. J.C. Wright and S.A. Dixon, both of Knoxville. Interment was at Lynnhurst cemetery in Knoxville. 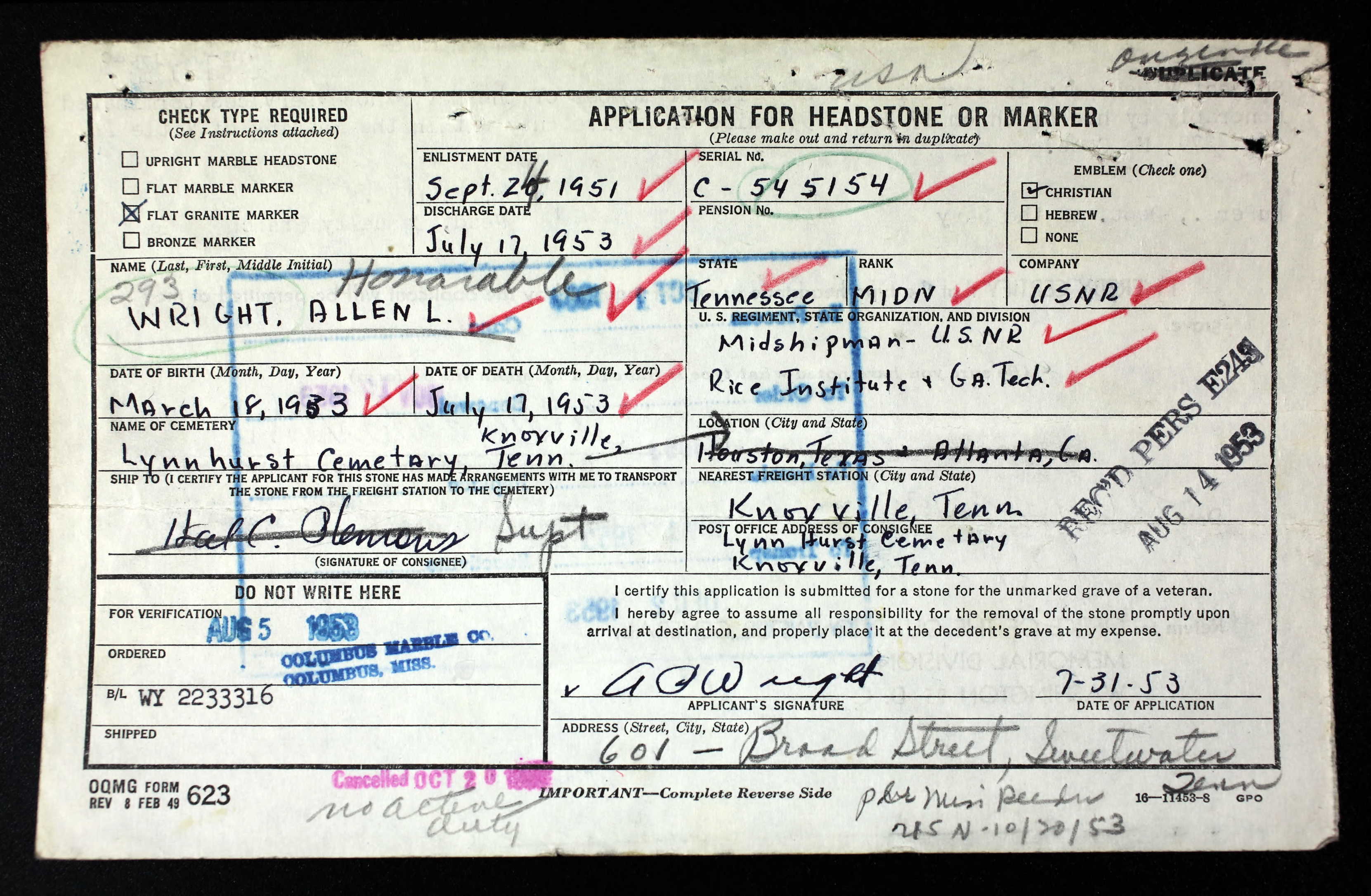 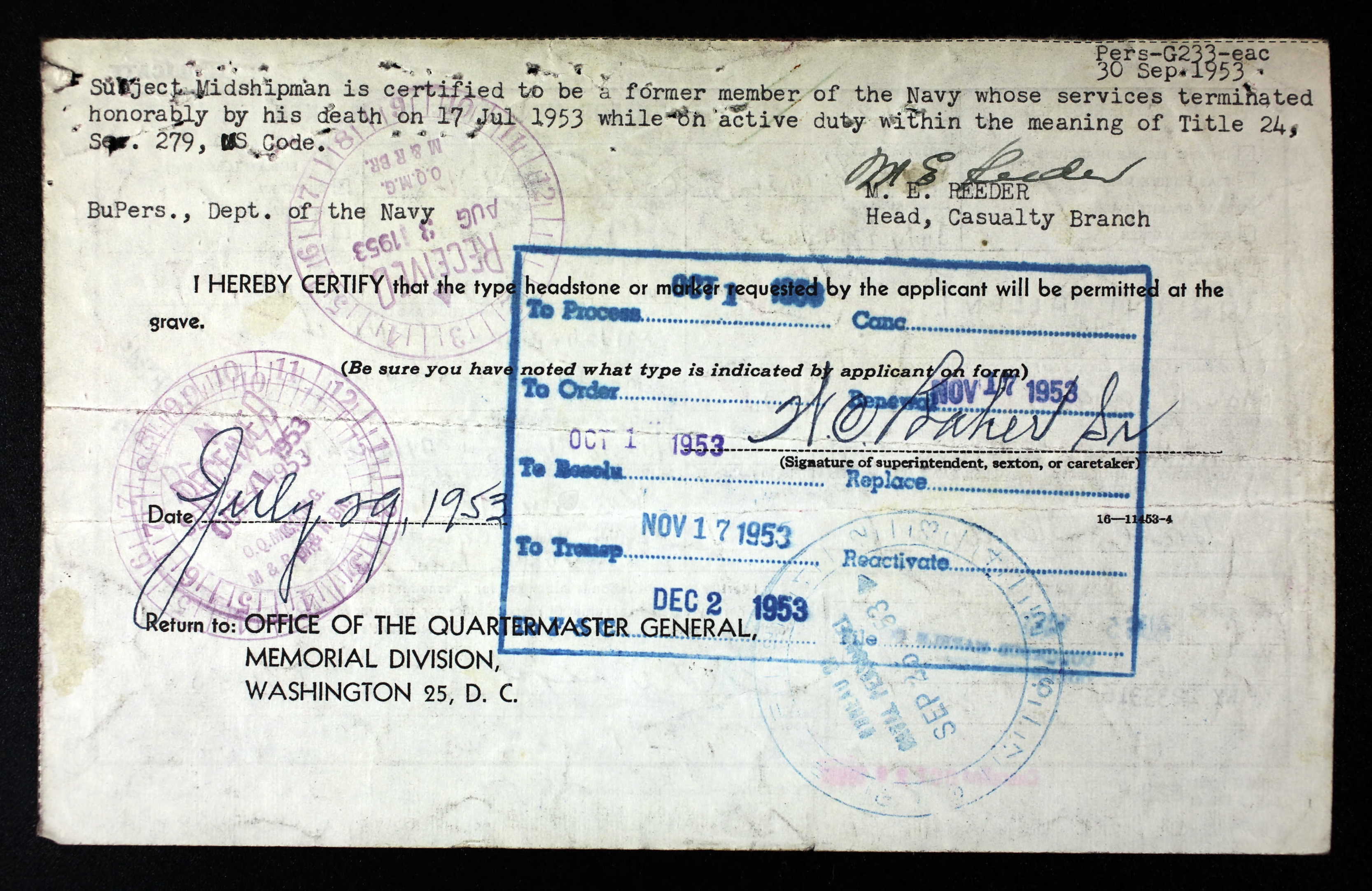 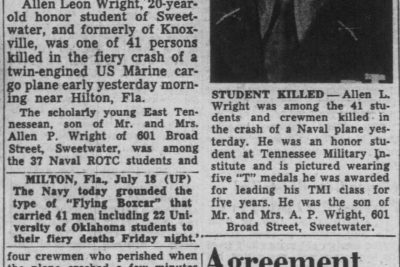 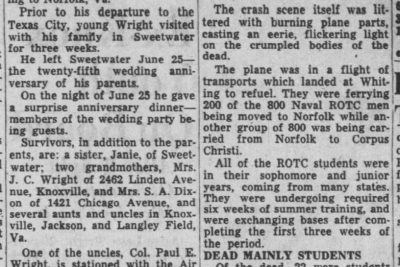