Aircraft C-46D with serial number 200U44-78391, piloted by 1st Lt Kenneth William Coats, departed from Naha Air Field, Okinawa at 1145 hours, on a Ferrying Troops mission to Iwo Jima. On board were 7 crew members and 34 Passengers. S/Sgt Luttrell was one of the passengers.
The aircraft was last contacted by radio three hours and fourty-five minutes from Naha, Okinawa, when a routine position report was given. Definite cause was never determined. No position reported after takeoff. Captain R.V. Hamilton and S/Sgt Harmon E. Walker last sighted the plane at Naha, Okinawa, at high time the plane was flying in a normal altitude. Air Sea Rescue search had been made with a total of 12 search flight using 67 aircraft. No eyewitnesses or no description of crash available. As there is no other land between Okinawa and Iwo Jima, and since there has been no report on casualty since date of missing status there is no other logical conclusion than of a presumption of death for all of these men.

Allen’s wife, Beulah Luttrell, was a close friend of my mother when I was growing up. My wife and I found Allen’s name at the Honolulu memorial when we visited a few years ago. As a kid I never knew the story. I didn’t know that Beulah was a widow or that her husband died in WWII.
–Submitted by Mark E. Thomas 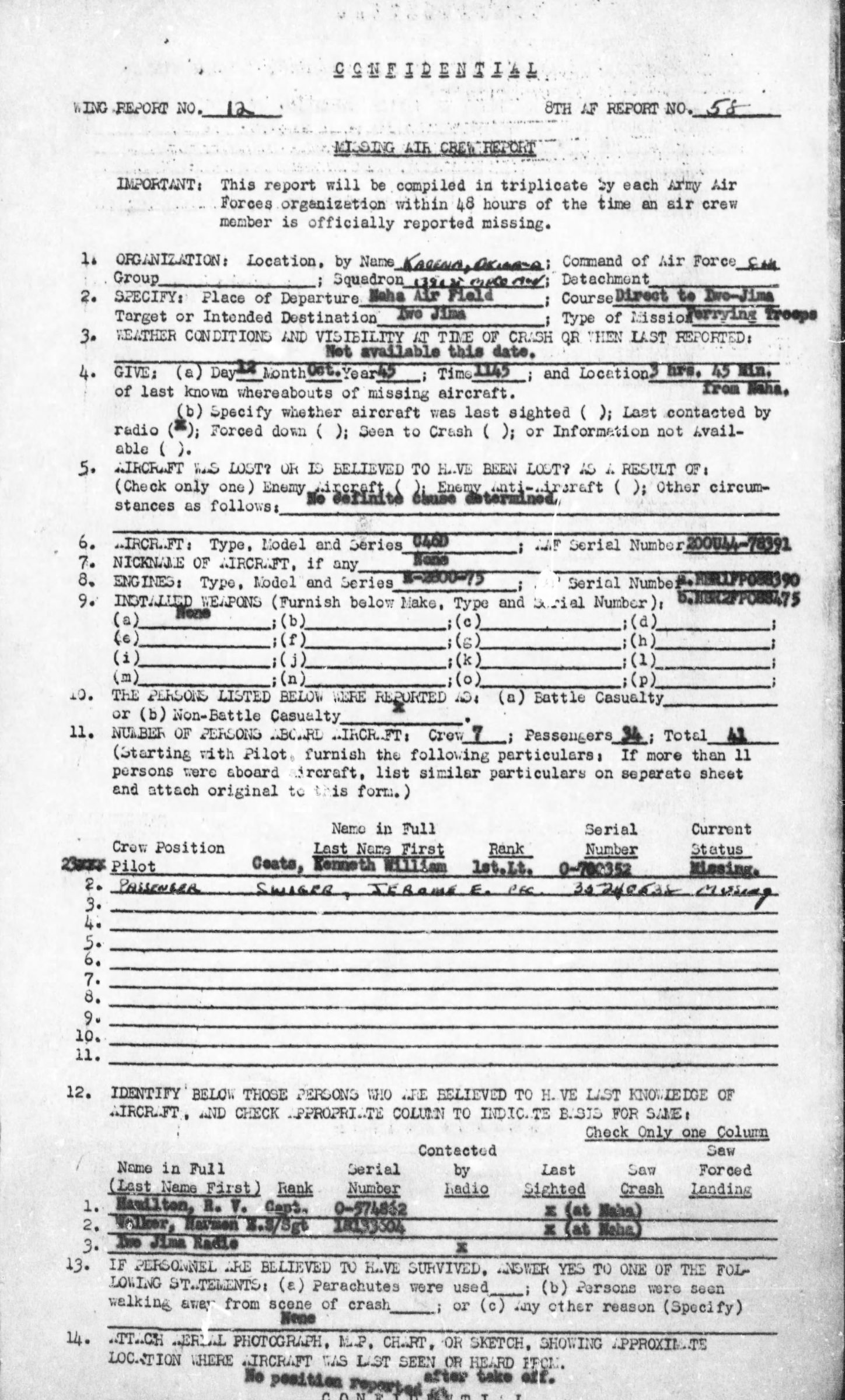 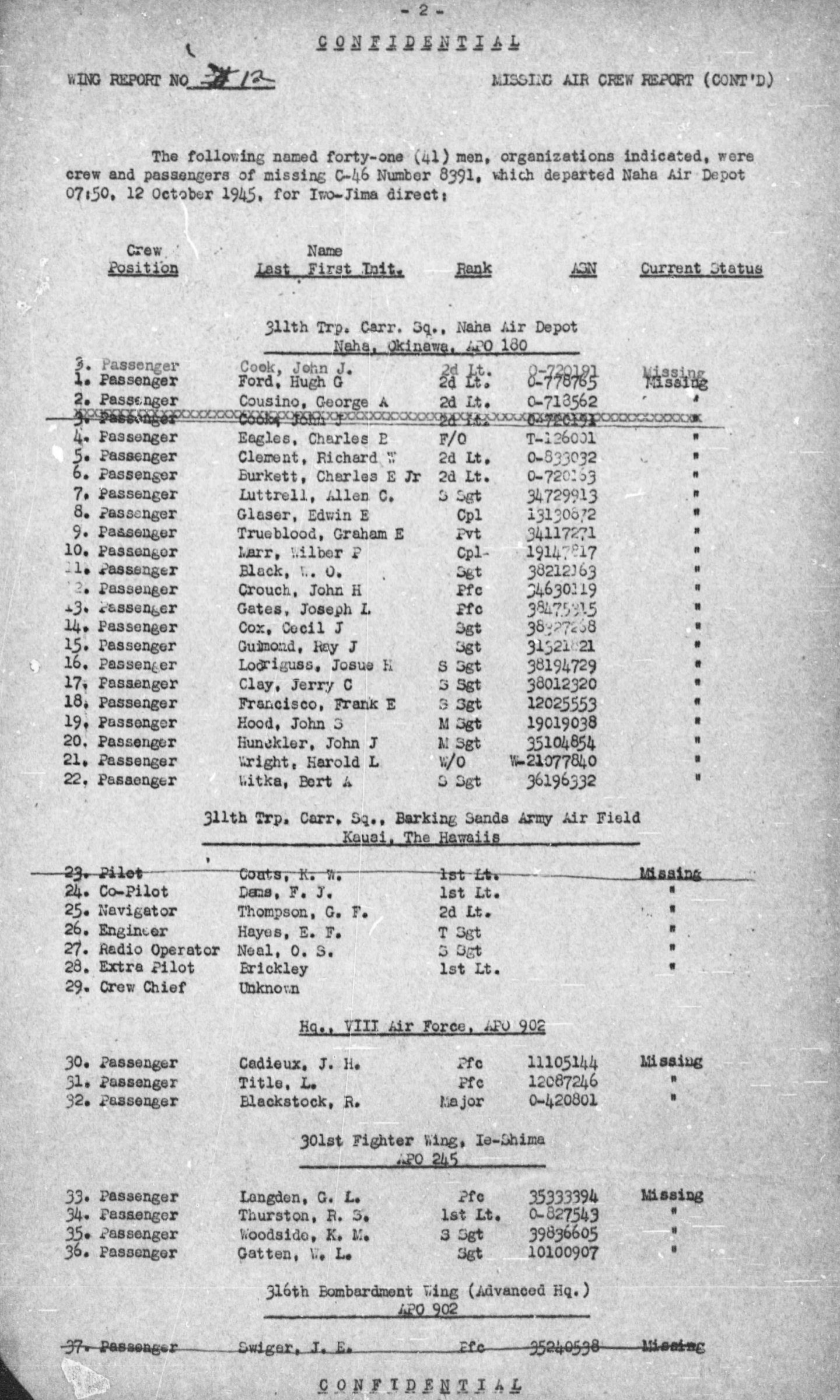 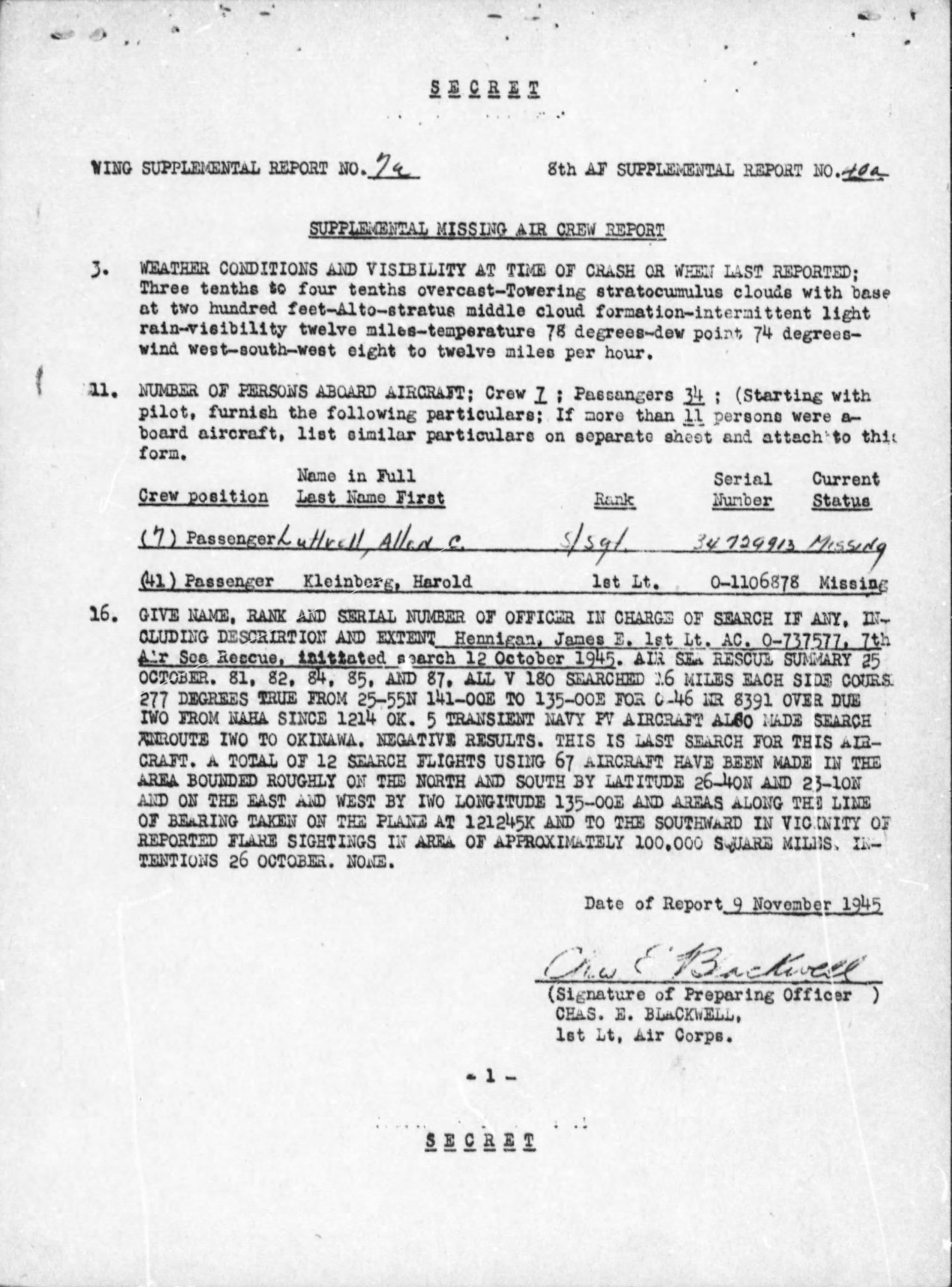