The Knoxville News-Sentinel, August 18, 1943
Pvt. Allan L. Roche of Knoxville died in North Africa July 23, his wife has been notified by the War Department. Details of his death were not given. Pvt. Roche had been overseas since January, 1943. He entered service in May, 1942. The 32-year-old soldier was the father of one son, Harold Eugene Roche, 8. Mrs. Roche and the son lived at 408 Galbraith Street. Other survivors are a sister, Mrs. Gladys Clevinger, and a brother, John Roche, both of Knoxville. 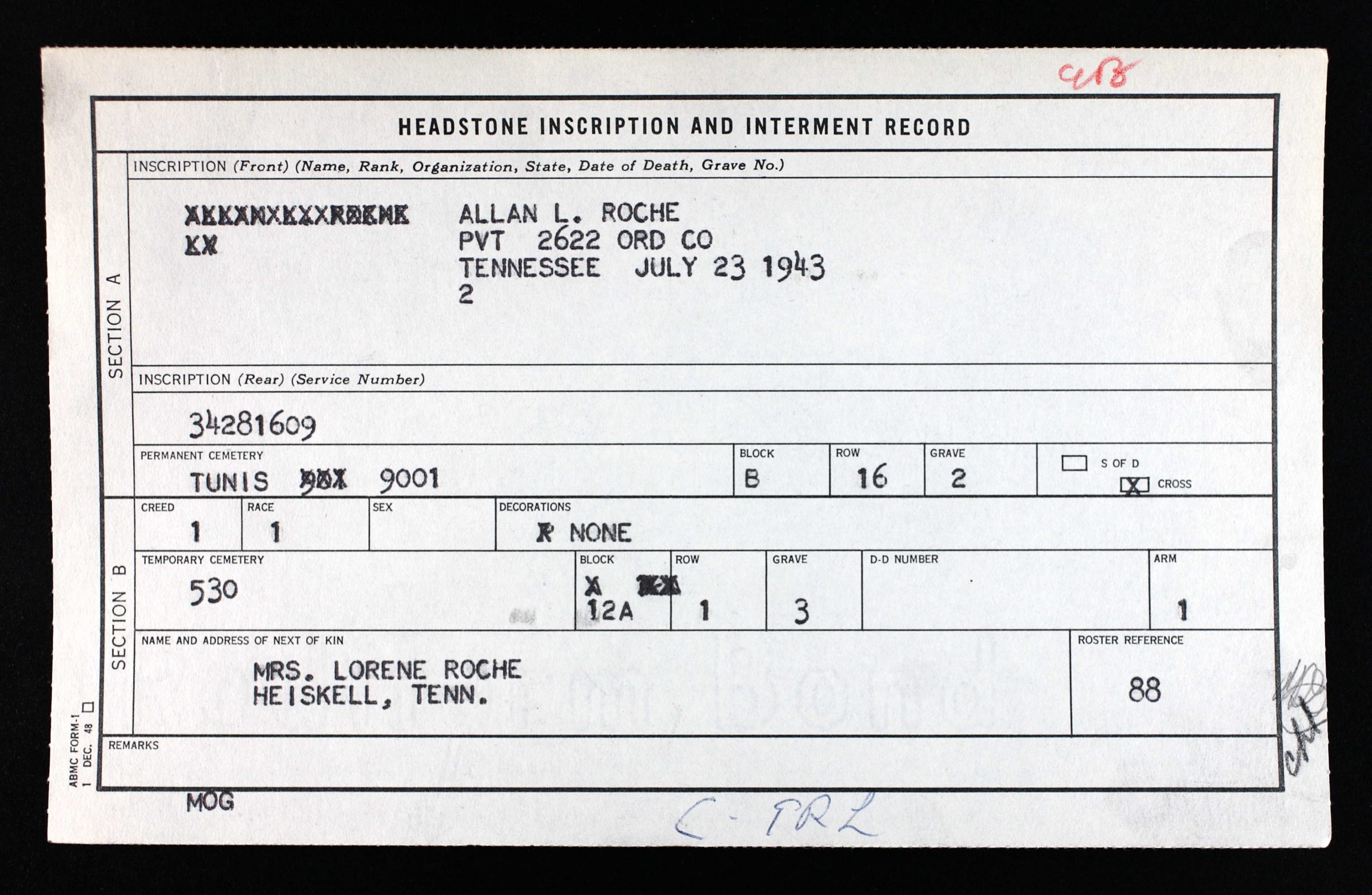 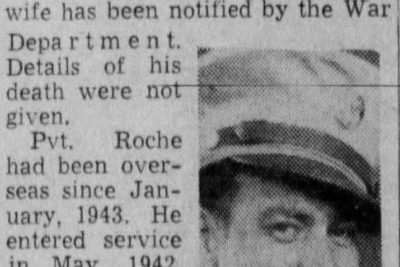