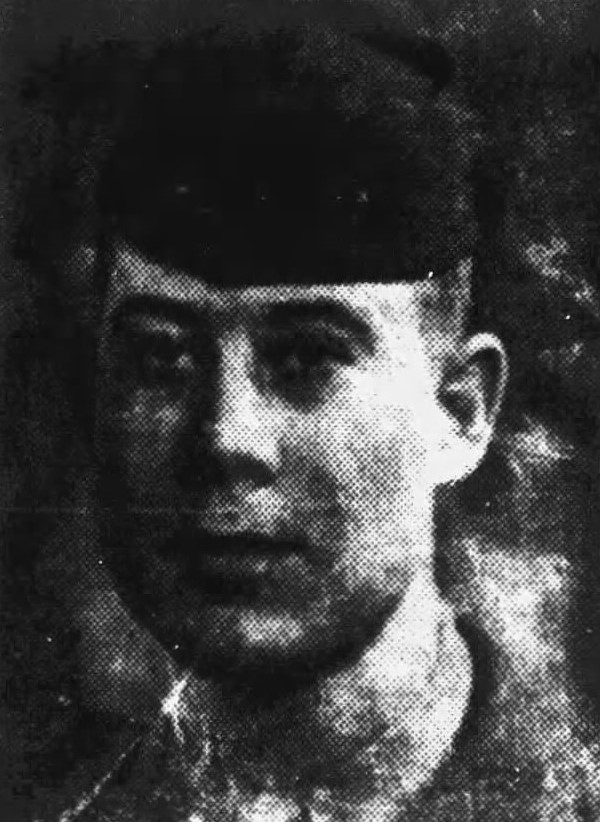 The Hancock County News, June 27, 1951
Pfc. Alfred J. Trovillo was killed in action in Korea on June 14, 1951, according to a telegraphic message recived by his grandparents, Mr. and Mrs. A.N. Gilley of Route 4, Tazewell. The young Marine had lived with his grandparents before enlisting in the Marines in August 1949. His mother, Mrs. W.A. Carwile lives at Red Bank, N.J. The young Marine attended Claiborne County Schools and has a wide circle of friends here who mourn his early demise. 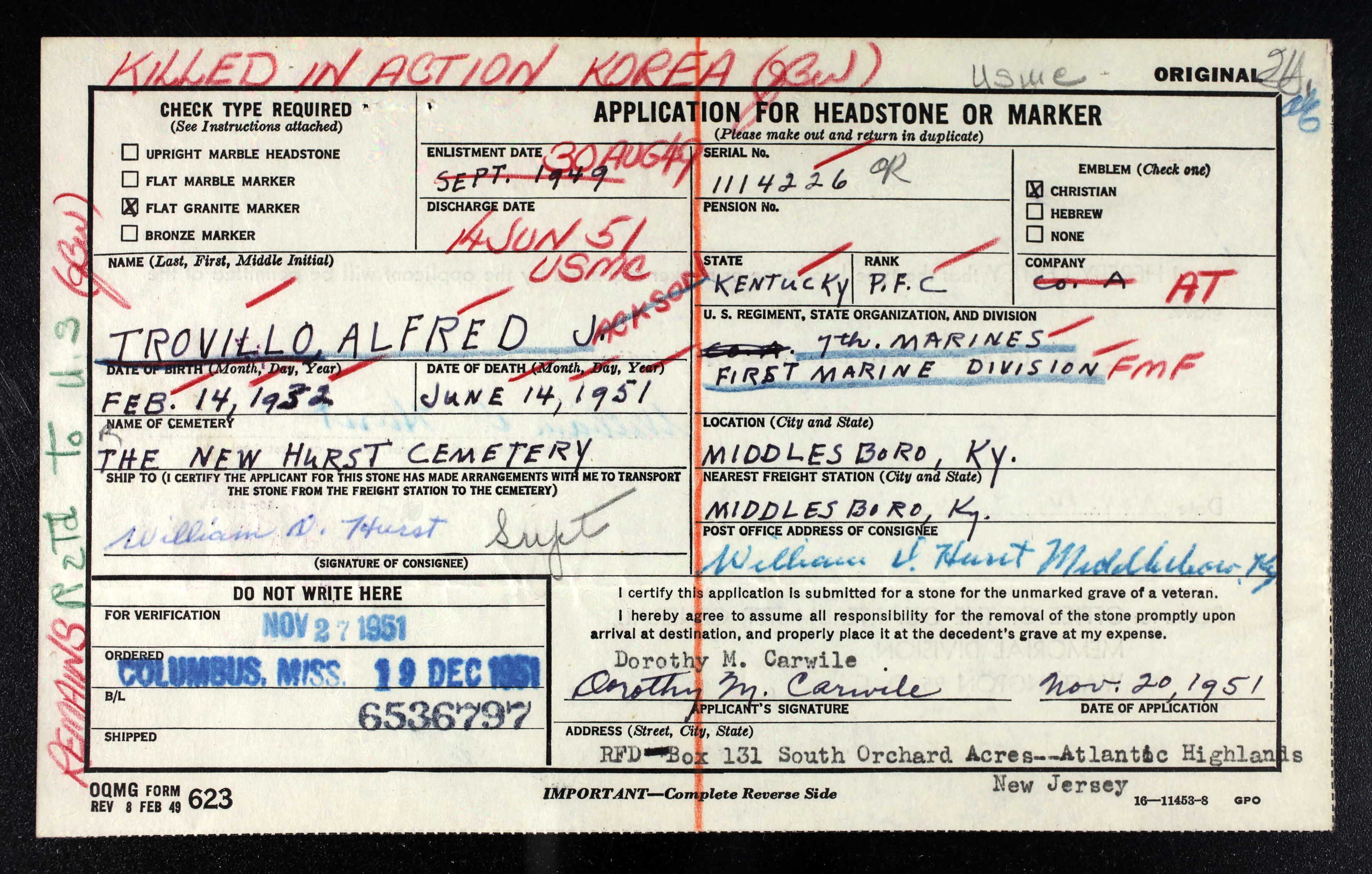 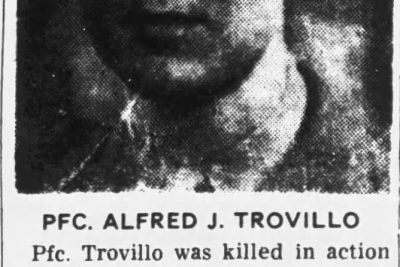