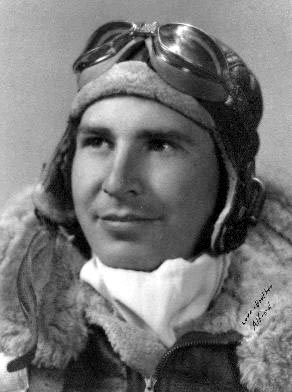 1st Lt Alfred Caswell Emert was a member of the Carpetbaggers, which flew covert missions delivering supplies for the OSS. He was assigned to 36th Bomber Squadron, 801st Bomber Group. He died on 5 July 1944 when his plane was shot down by a German nightfighter over Tranville, Eure-et-Loir, France.

He left behind his wife Mrs. Ada Emert who, one month after his death, gave birth to his daughter.

Aircraft B-24-DSA with serial number 42-72873 departed from Harrington on an operational mission to France. The crew was initially burried at Aubrais, Loiret Communal Cemetery, France.

The Johnson County News, November 18, 1943
Miss Ada Garland, daughter of Mr. and Mrs. J.B. Garland of Shady Valley, became the bride of Lt. A.C. Emert, son of Mr. and Mrs. W.A. Emert of Hermiston, Oregon, on October 5, 1943, in Cheyenne, Wyoming at the home of Rev. Chas. E. Hannan. Mrs. Emert, graduate of the University of Tennessee, was forer Home Demonstration Agent of Sevier County. The couple will maken theirhome in Scottsbluff, Nebraska, at which place Lt. Emert is now stationed. 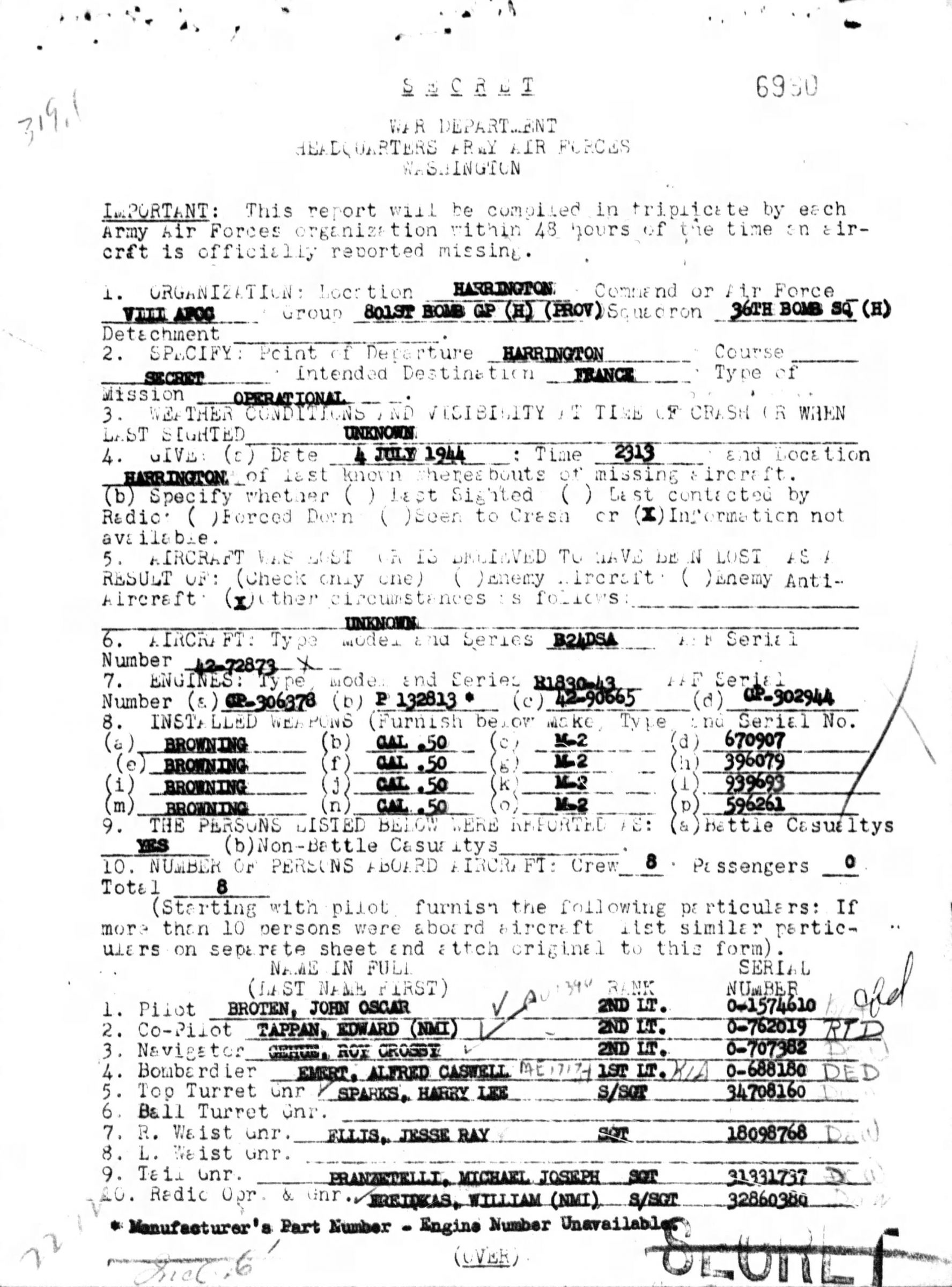 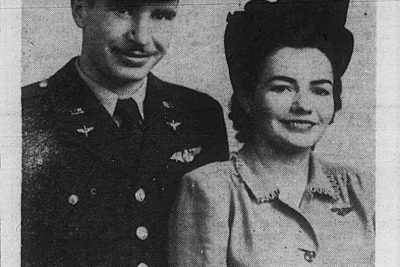