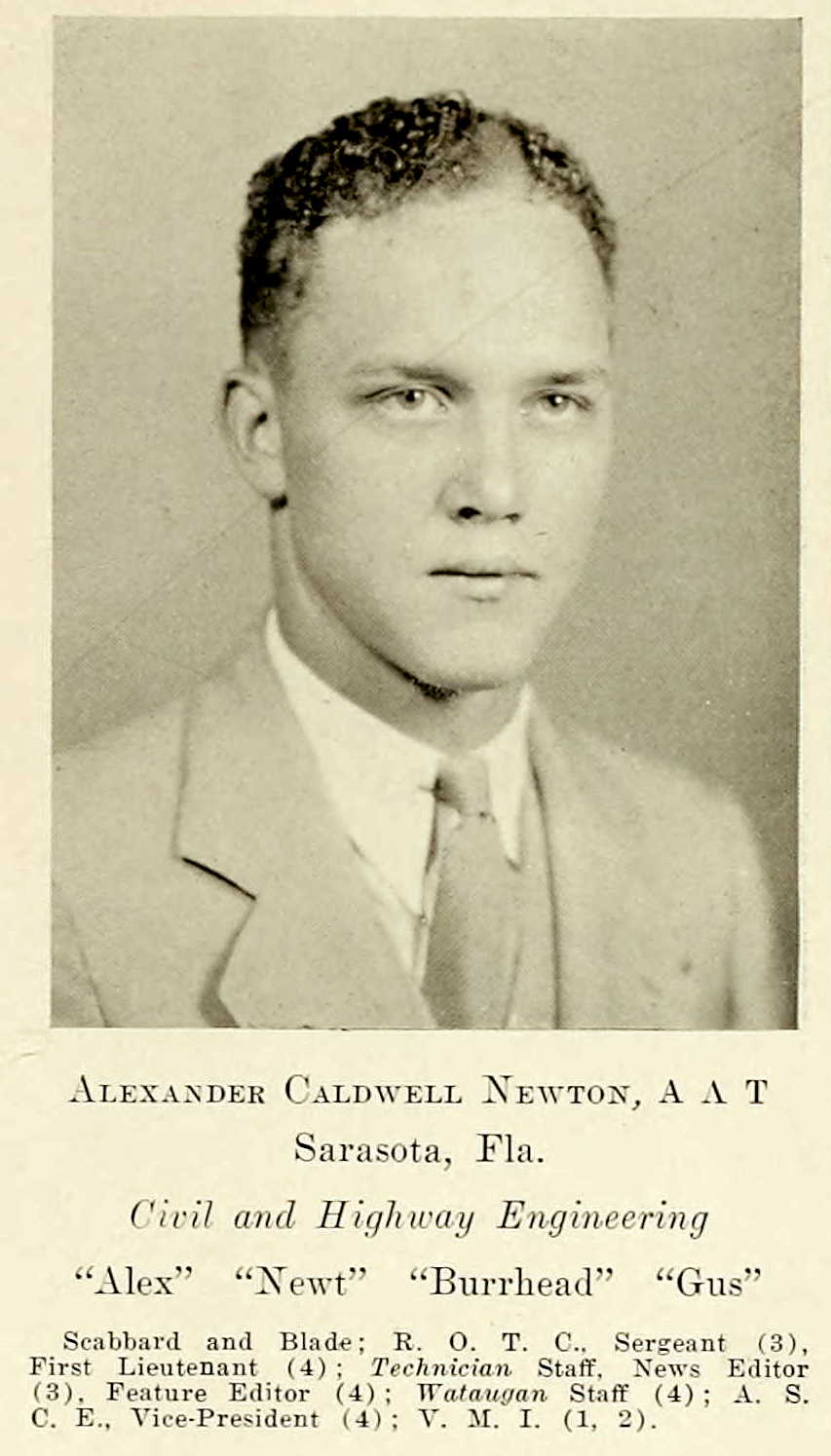 His father was born in Xenia, Ohio and his mother in Charlotte, North Carolina. His father held positions as a civil engineer with the Southern Railway and for the New York Central R.R. In 1908 he was elected and served a term as City Engineer of Knoxville, Tennessee and in 1910 he and his family moved to Jamestown, NY, where he became a member of an engineering firm. In January 1912 he returned to the engineering department of the Southern Railway. In 1920 the family resided in Cleveland, Bradley County, and in 1930 in Sarasota, Florida.

Alexander Caldwell Newton spent two years at the Virginia Military Institute in the class of 1931 and was a 1933 graduate of North Carolina State University (see photo on right). He was a Major serving with the Headquarters of the 4th Armored Division and was killed in action July 29, 1944 at Chantepie (Rennes), Brittany, France. He was awarded the Purple Heart. Major Newton is buried at the Normandy American Cemetery, Colleville-sur-Mer, France. 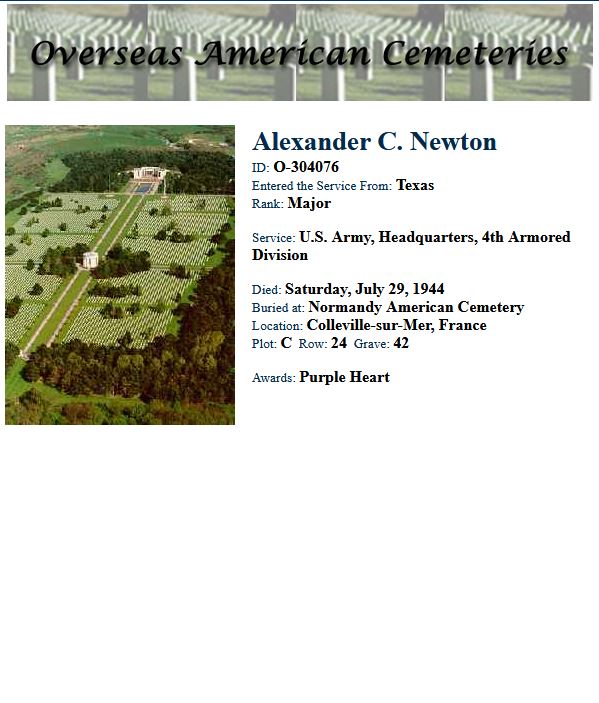 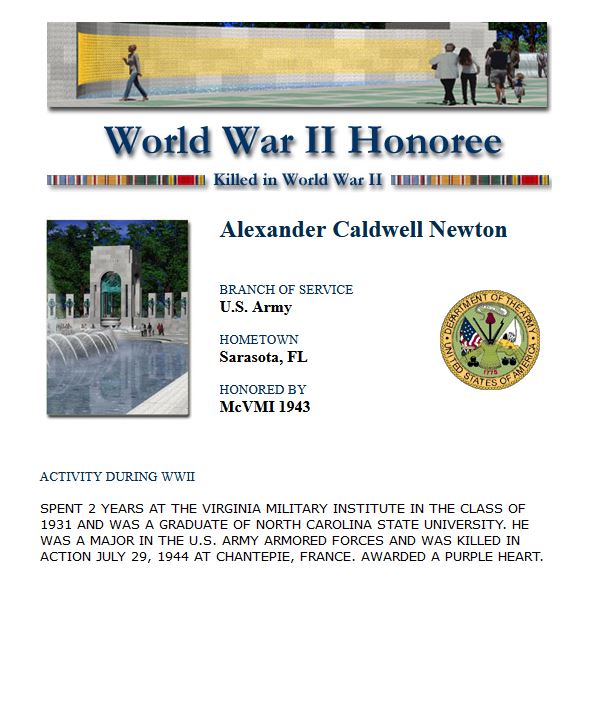 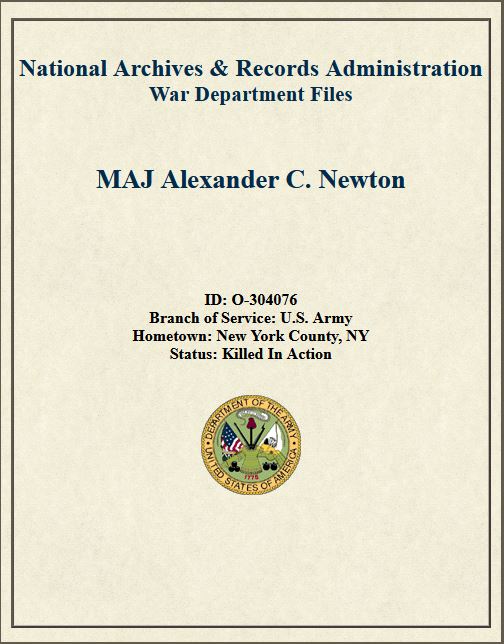 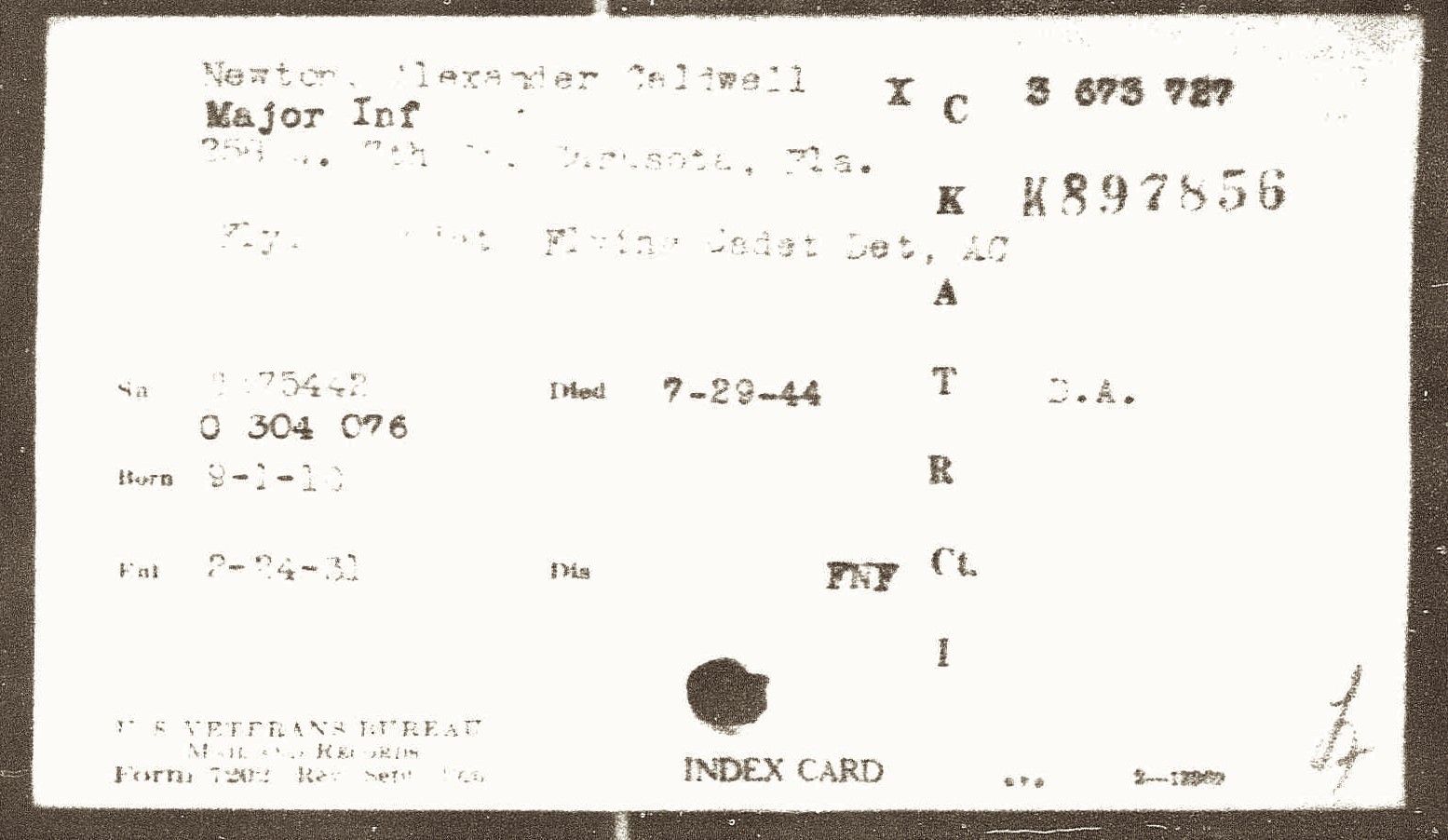 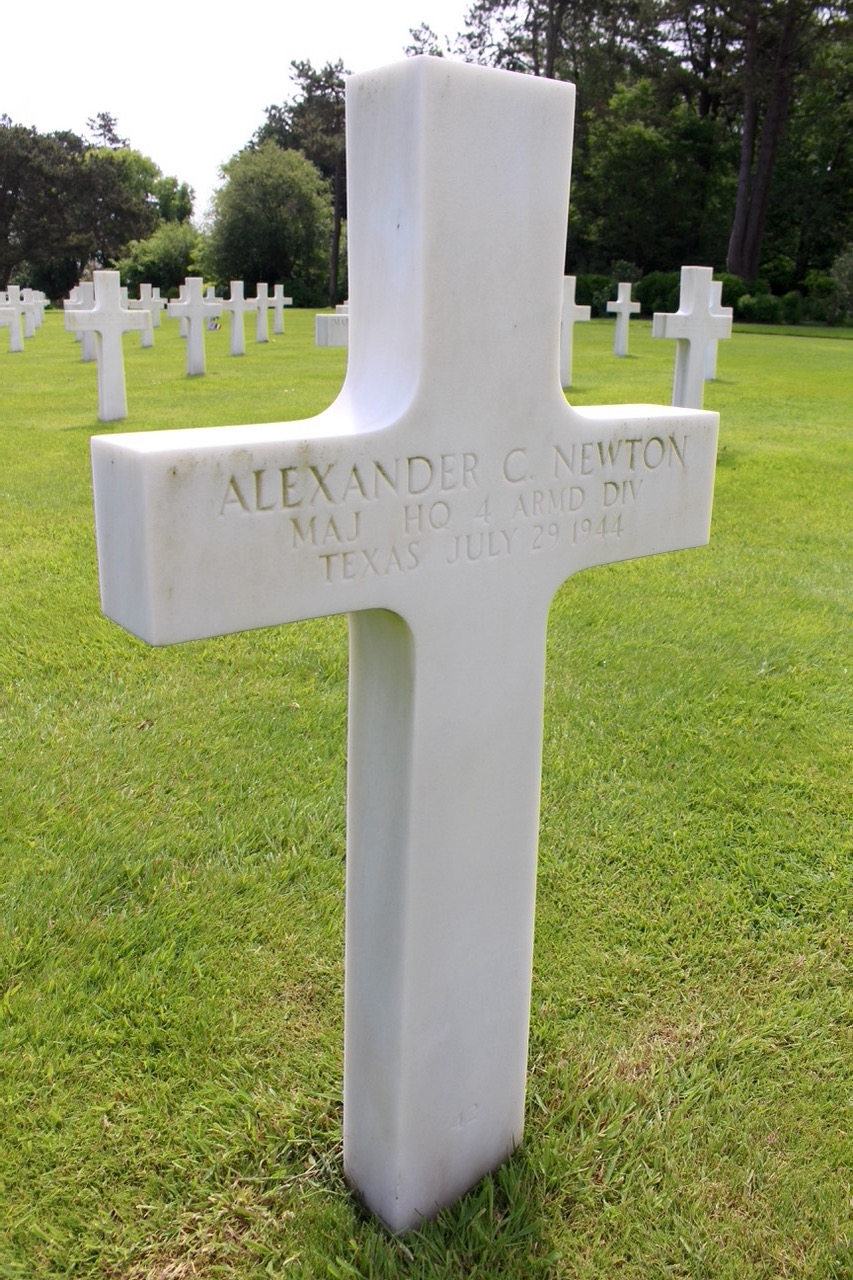 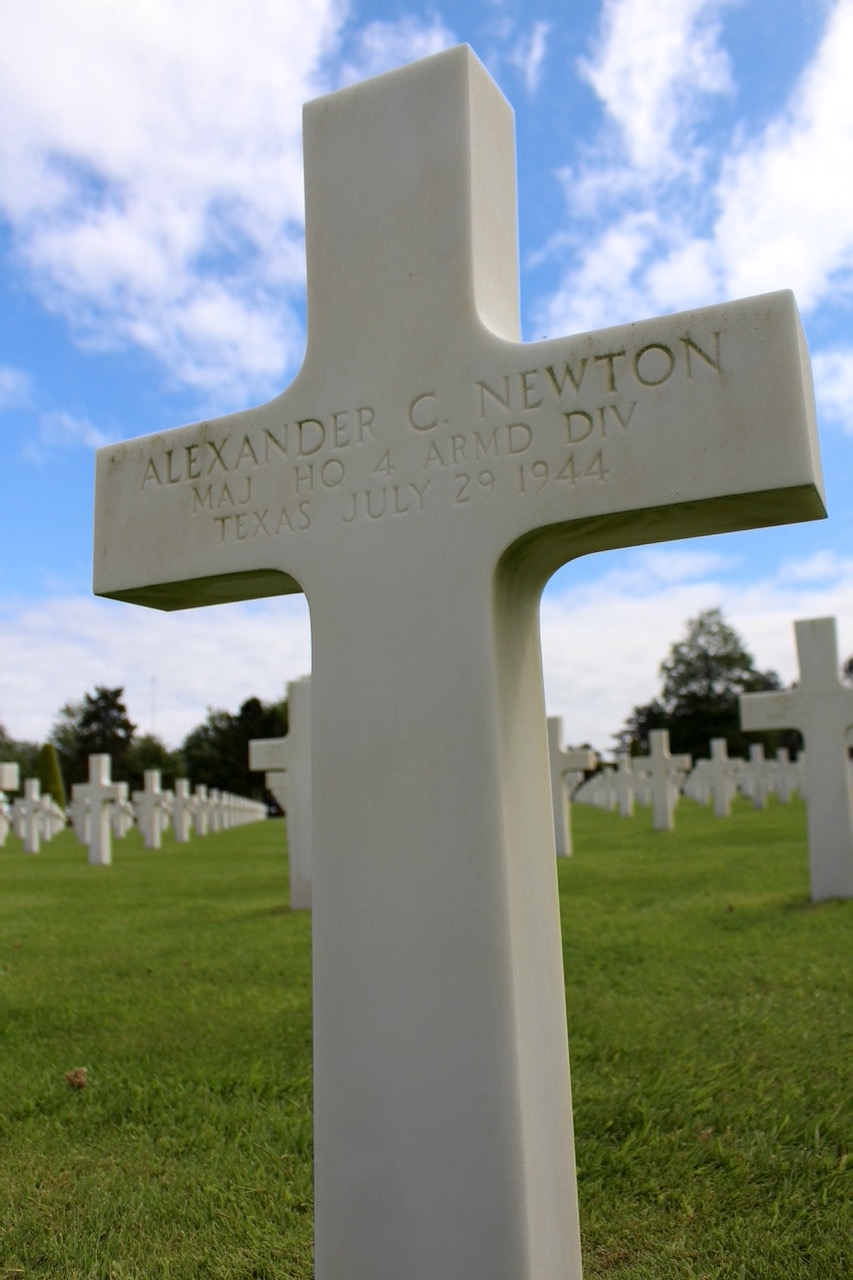 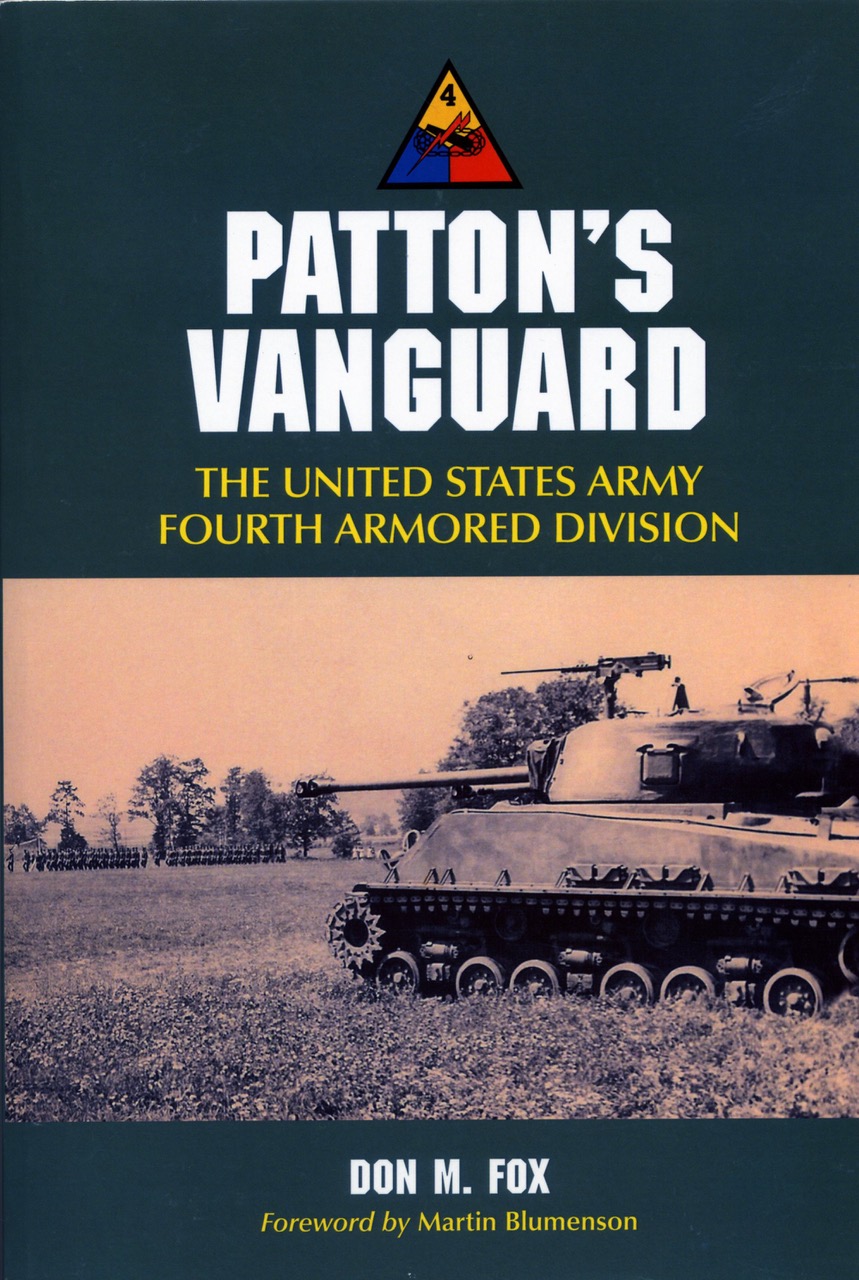 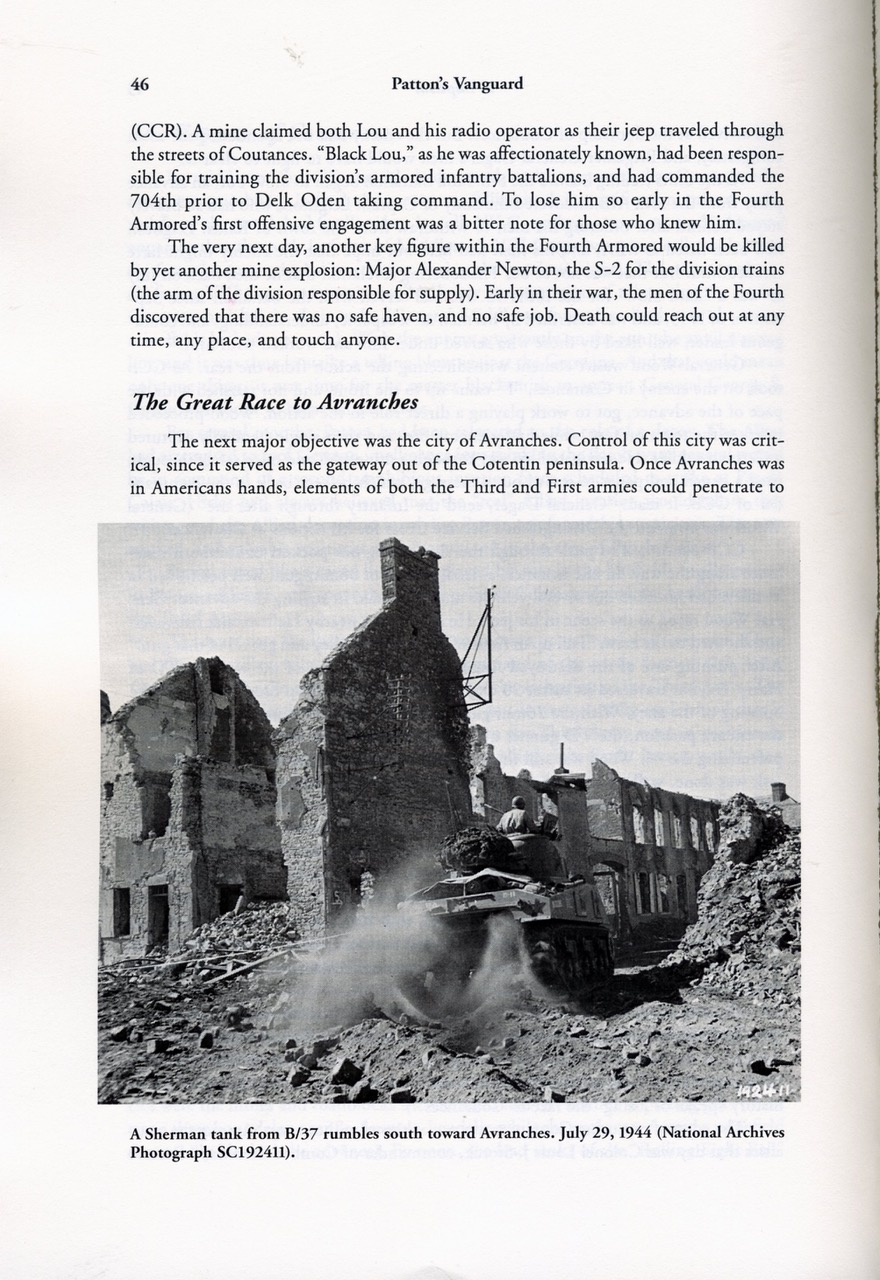 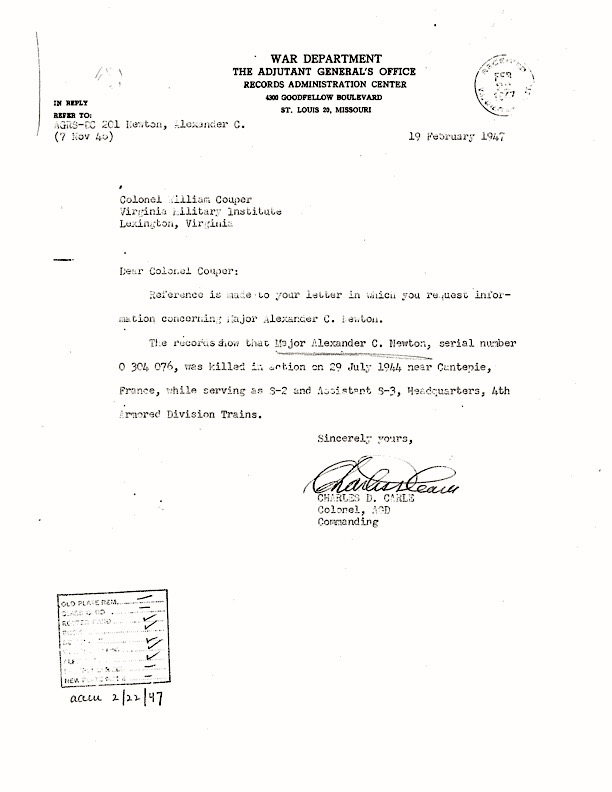 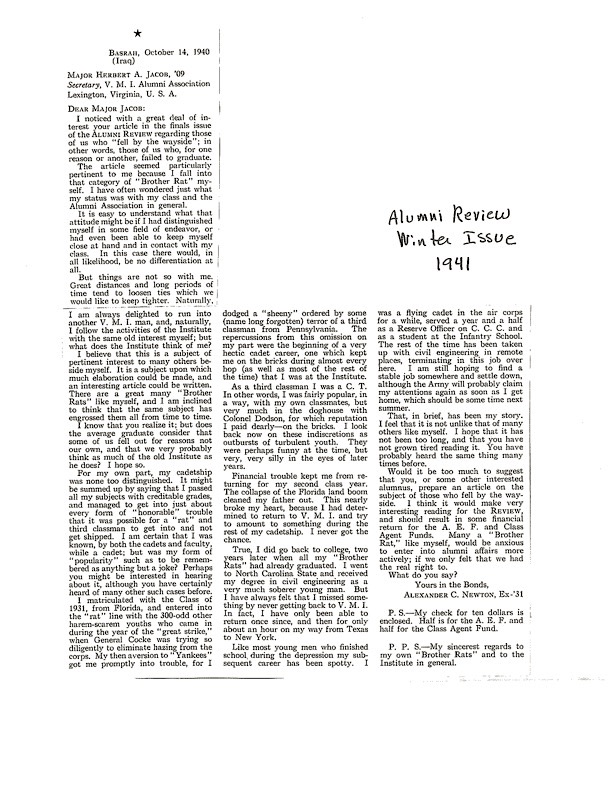