Steward Third Class Alex Milton Kendrick from Chattanooga, Tennessee, was the son of George and Odessa Kendrick of 3811 Long Street, Chattanooga.
Alex was killed in action as a passenger aboard a R4D-5 Dakota assigned to the US Navy Bureau Number 39073 and to the United States Marine Corp, Marine Air Wing 2, Marine Air Group 25 to VMJ-152, part of the South Pacific Combat Air Transport.

The air transport took off May 18, 1944, from Torokina Airfield on a flight bound for Guadalcanal at 1008 with 23 persons plus 1,300 pounds of mail aboard. The last radio contact with the aircraft was at the time of take-off. The state of the weather was threatening, with moderate rain showers reducing visibility from six miles to one mile. The plane was in good operating condition, having had a 1,000 hour check a week earlier. The pilot was experienced and familiar with the route. A search was carried out for two days by PT boats and a number of aircraft, but no one from the crash was ever found. The entire crews were officially declared dead on May 19, 1945 and are memorialized on the tablets of the missing at Manila American Cemetery. 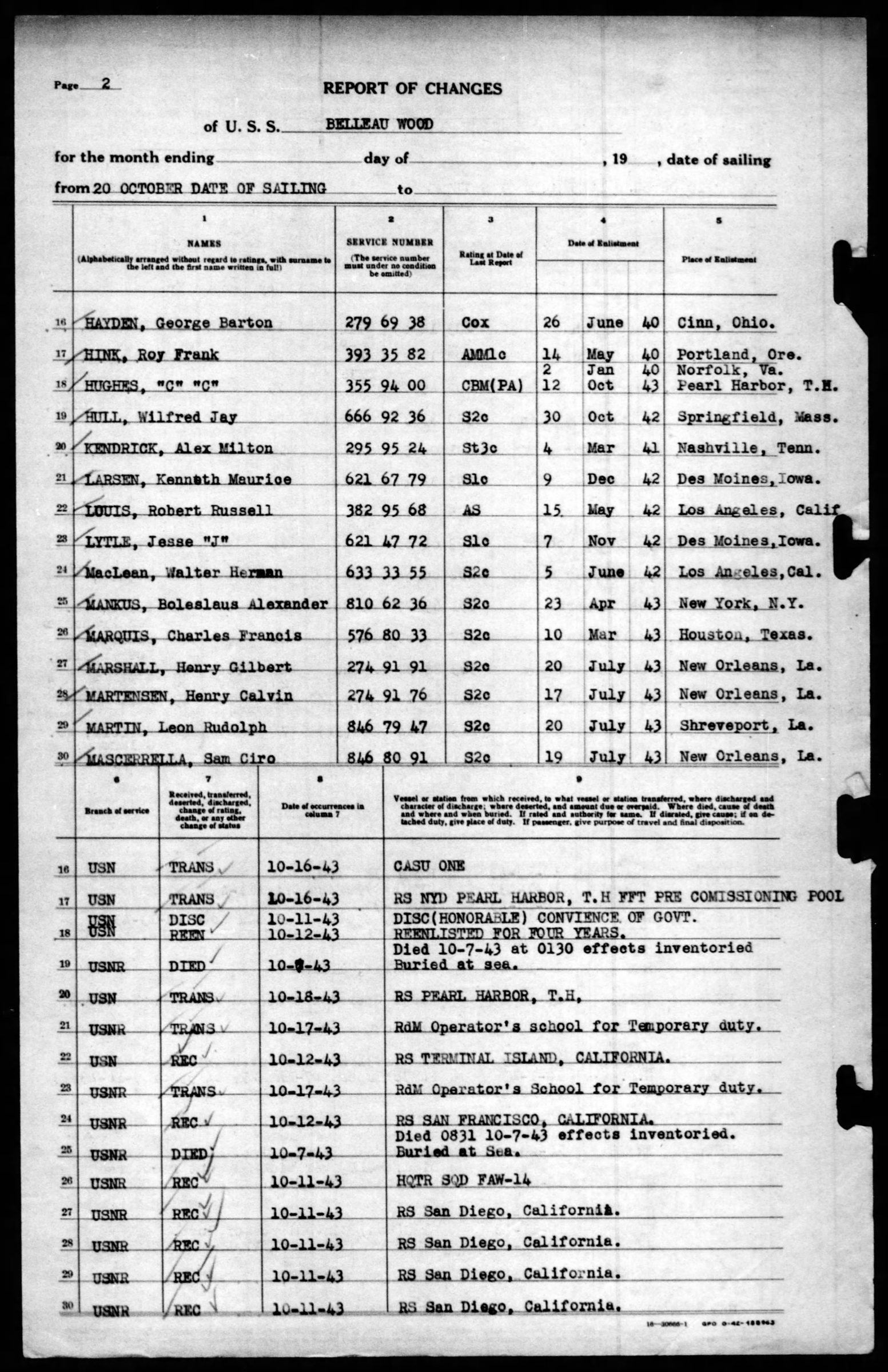 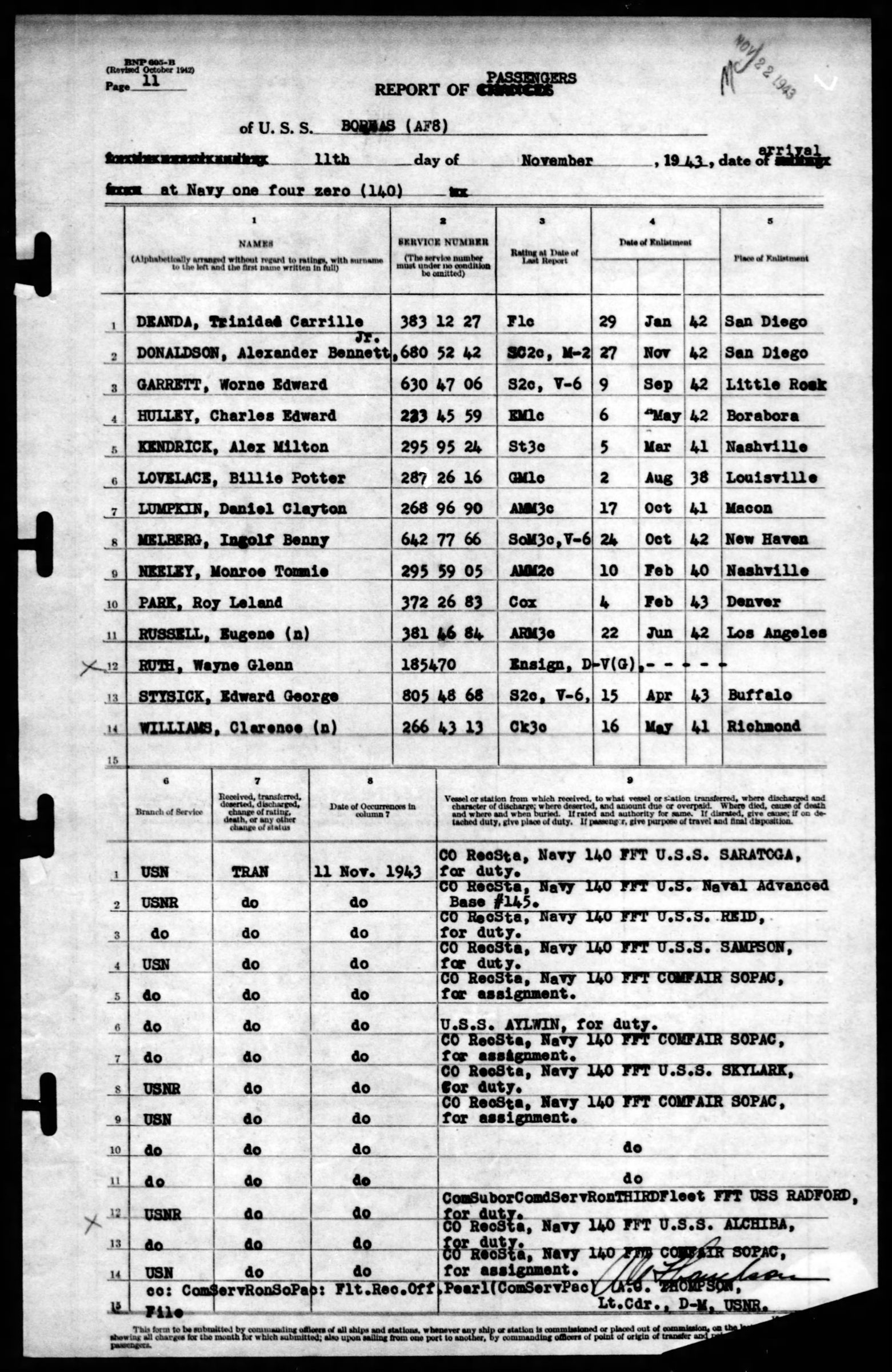 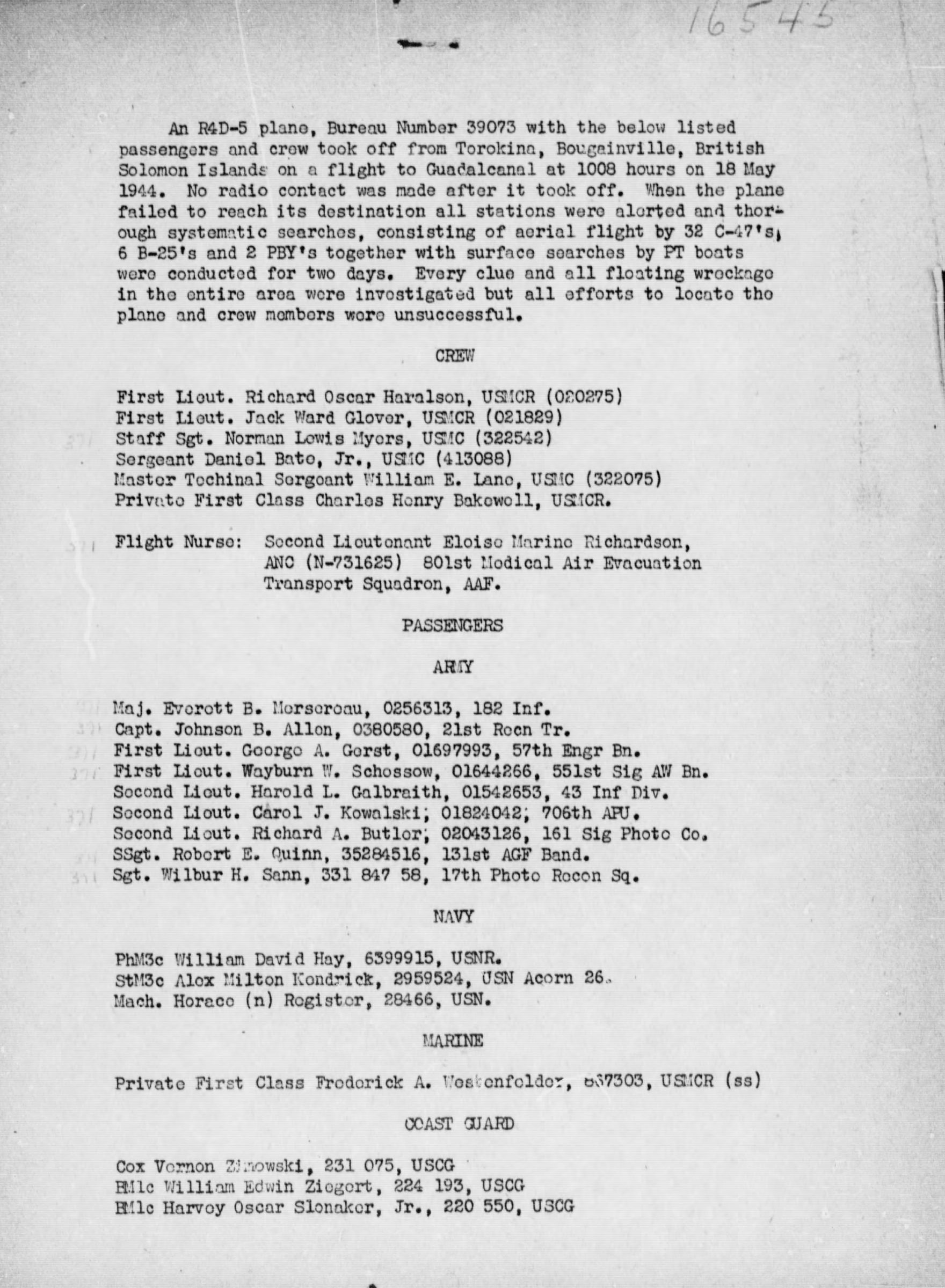