Albert Welch was transferred from Norfolk Navy Yard, Portsmouth, Virginia to the U.S.S. Rowan (DD405) on 17 September 1942. He was killed on the USS Rowan on 11 September 1943 and was officially declared dead on 12 September 1944.

At about 2240, 10 September the Rowan took station in the screen about the transports and cargo ships returning from the assault area, the Gulf of Salerno, to Oran. Rowan´s station was 60 to 90 from convoy, distant about 4000 yards. Visibility of surface was rather poor on account of haze except directly in the path of the moon. The convoy had not completely formed, convoy speed was 8 knots. Rowan was patrolling station at 10 knots.
About 0015, 11 September the Officer of the Watch reported a torpedo wake crossing starboard bow, distant about 100 feet. This was confirmed by the sound operators. Speed was increased to 15 knots, full right rudder was ordered and a turn made to run down torpedo track.
The Rowan was struck by the torpedo and sank in latitude 40-07N. Longitude 14-18E. in about 480 fathoms of water in total of about 40 seconds. 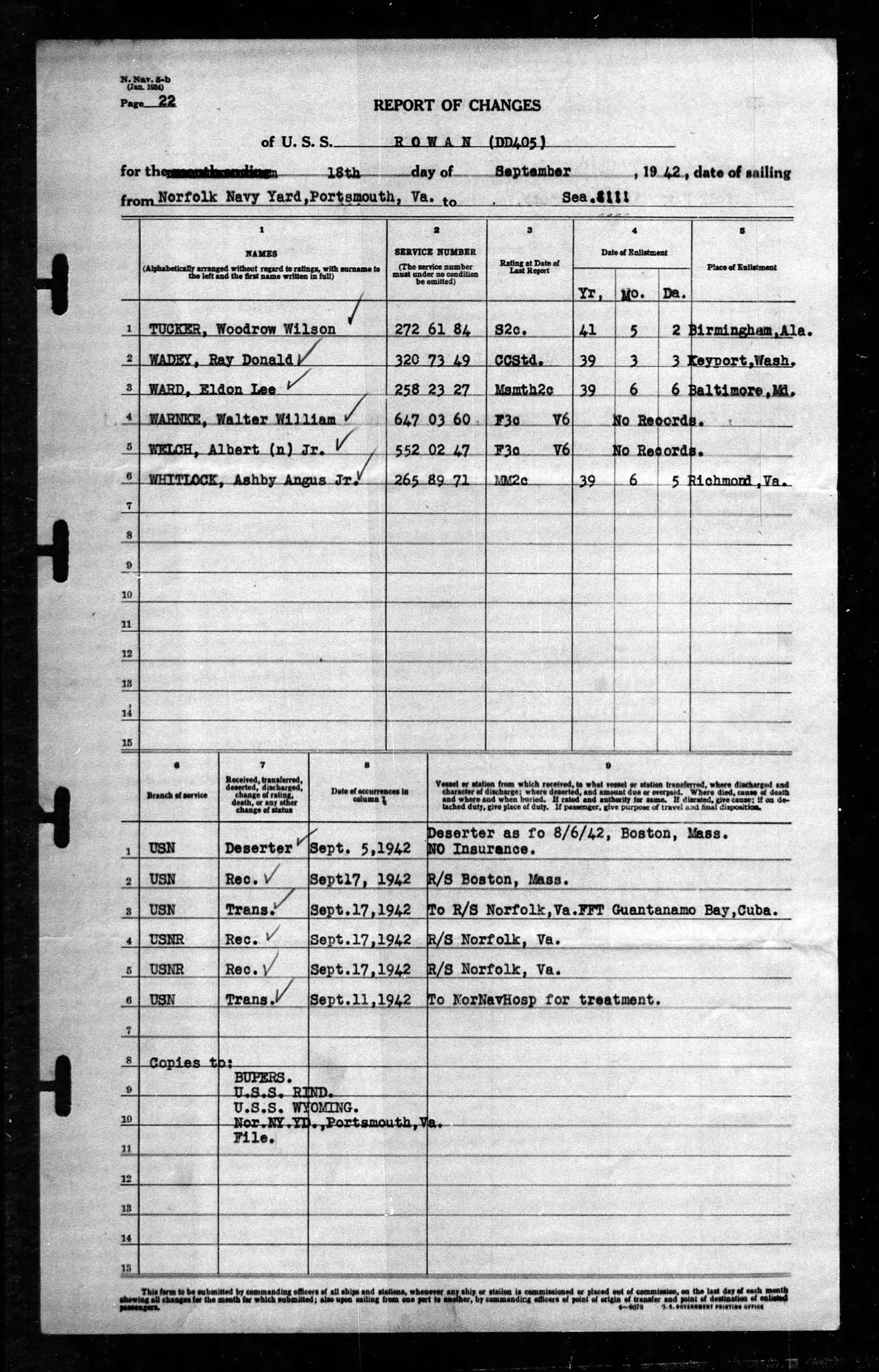 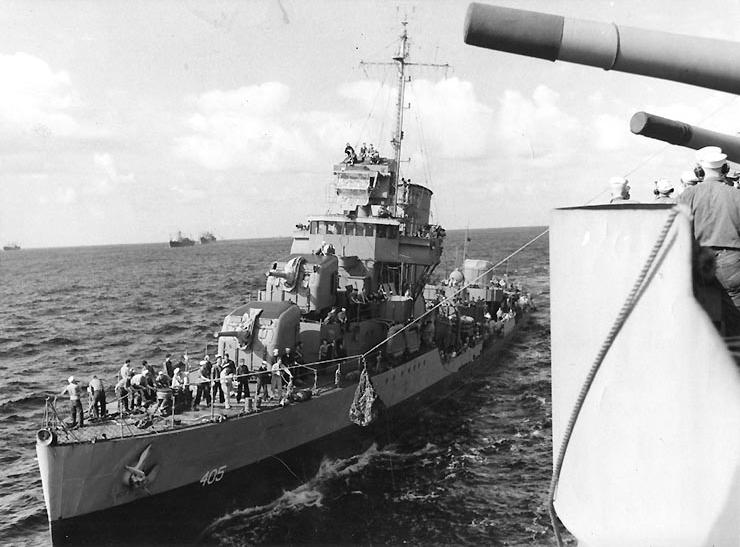 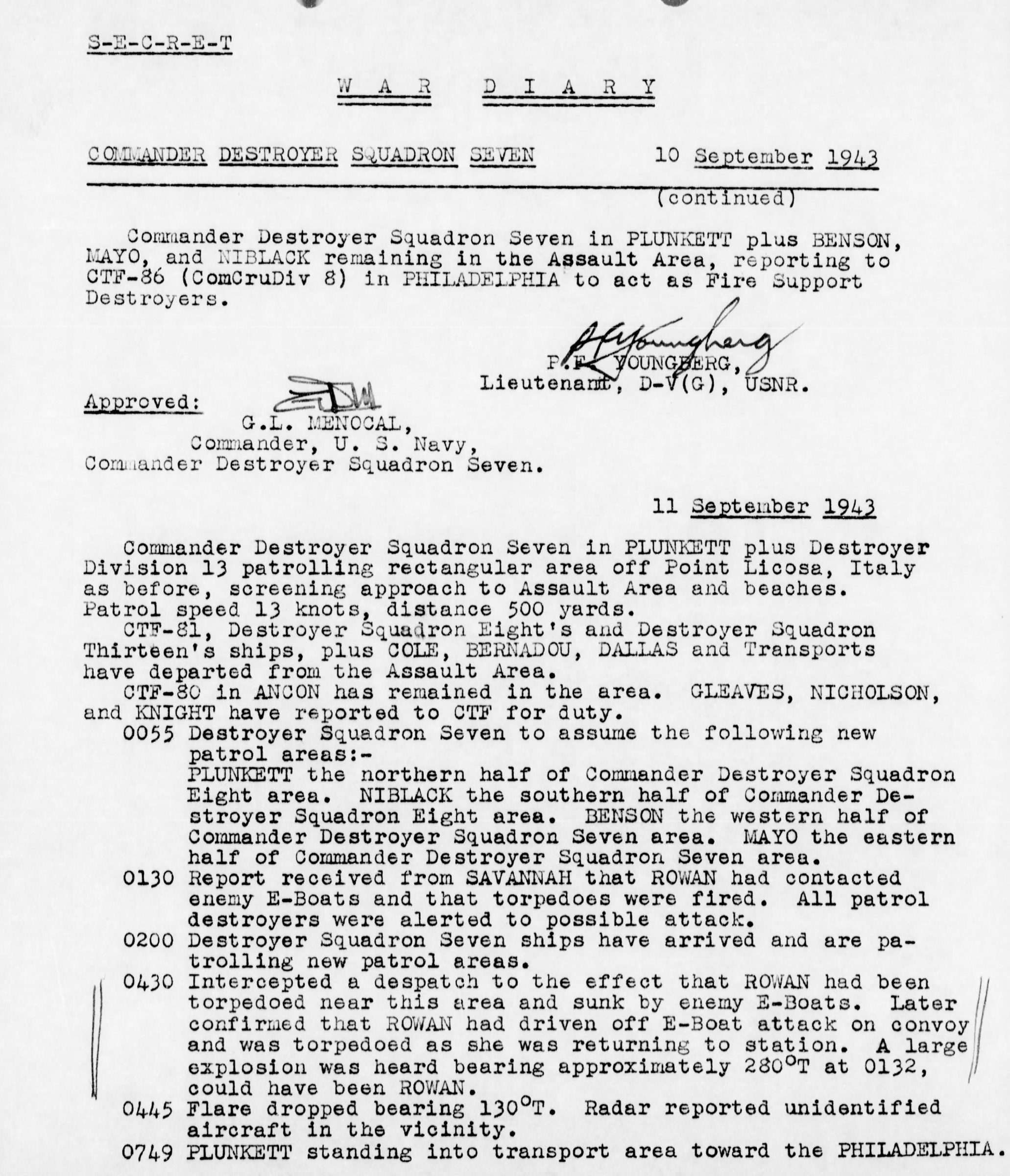 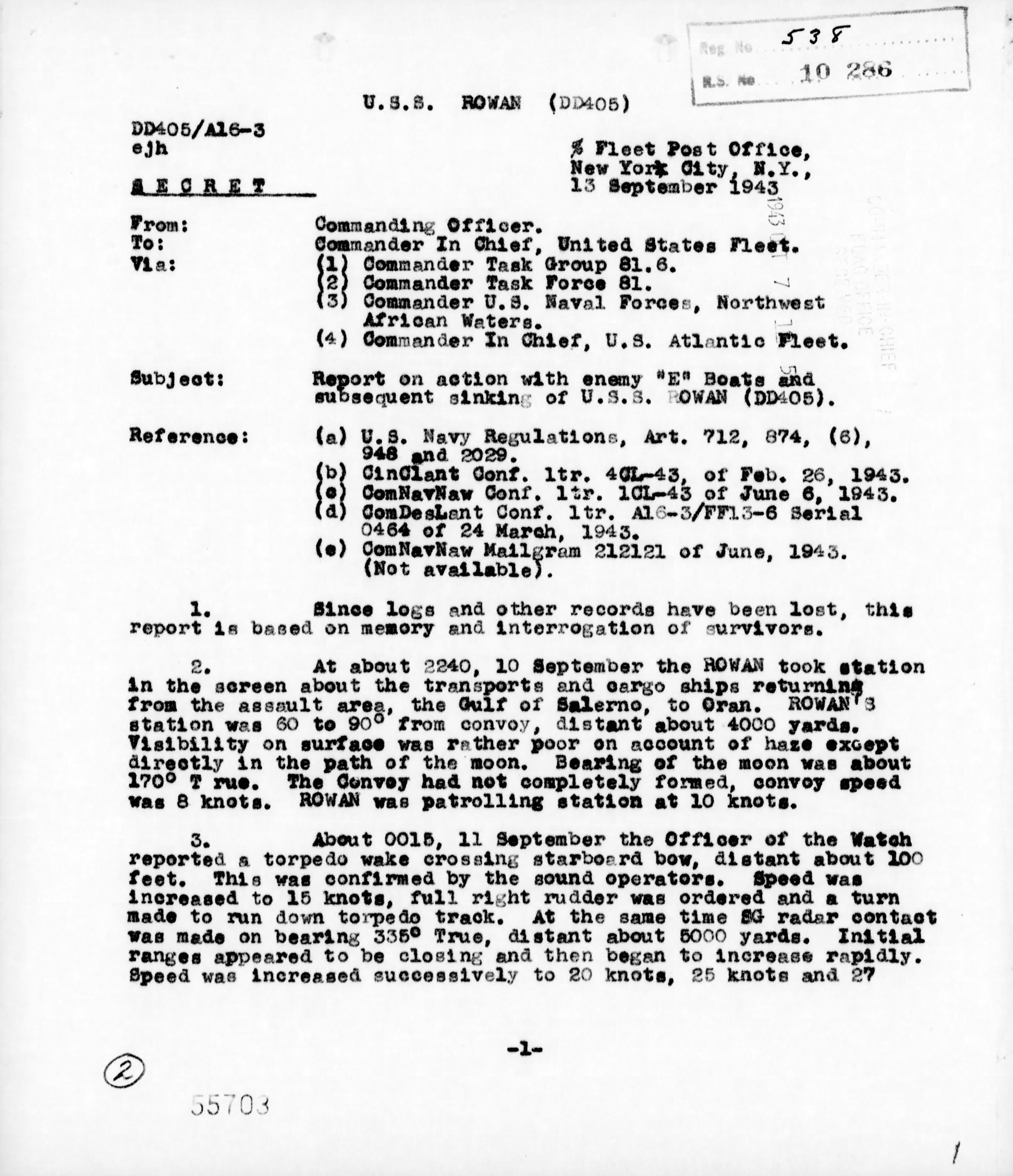 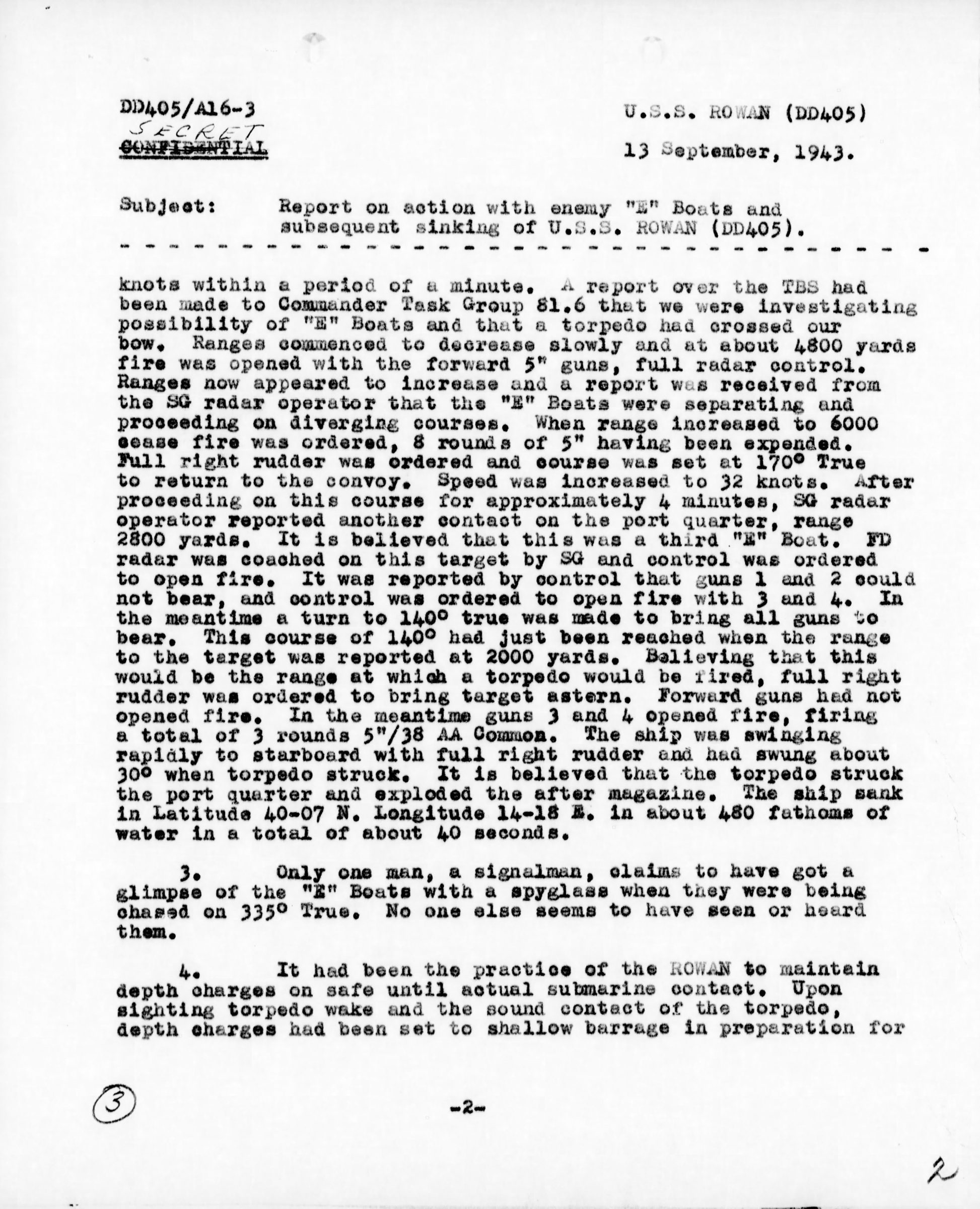 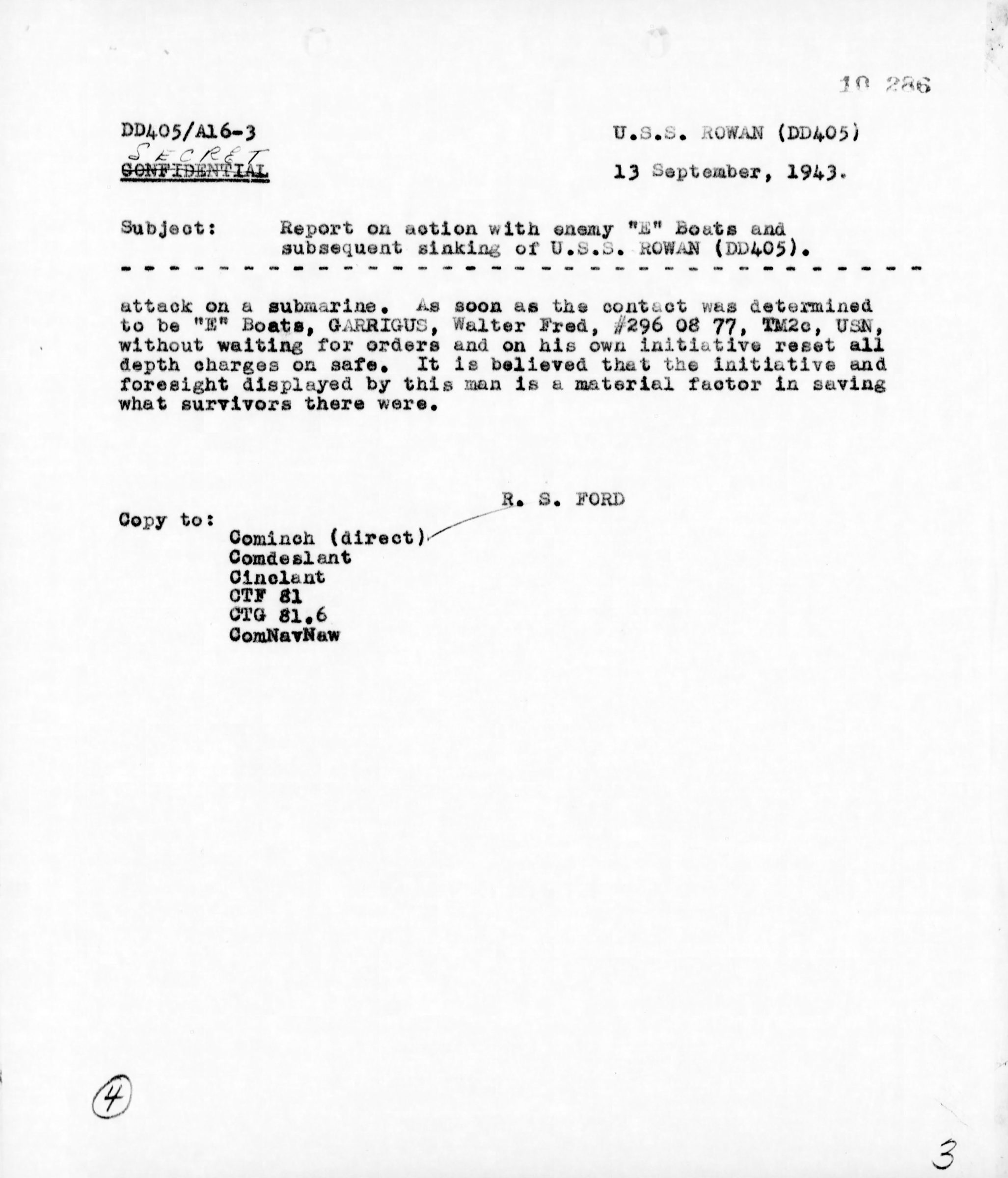