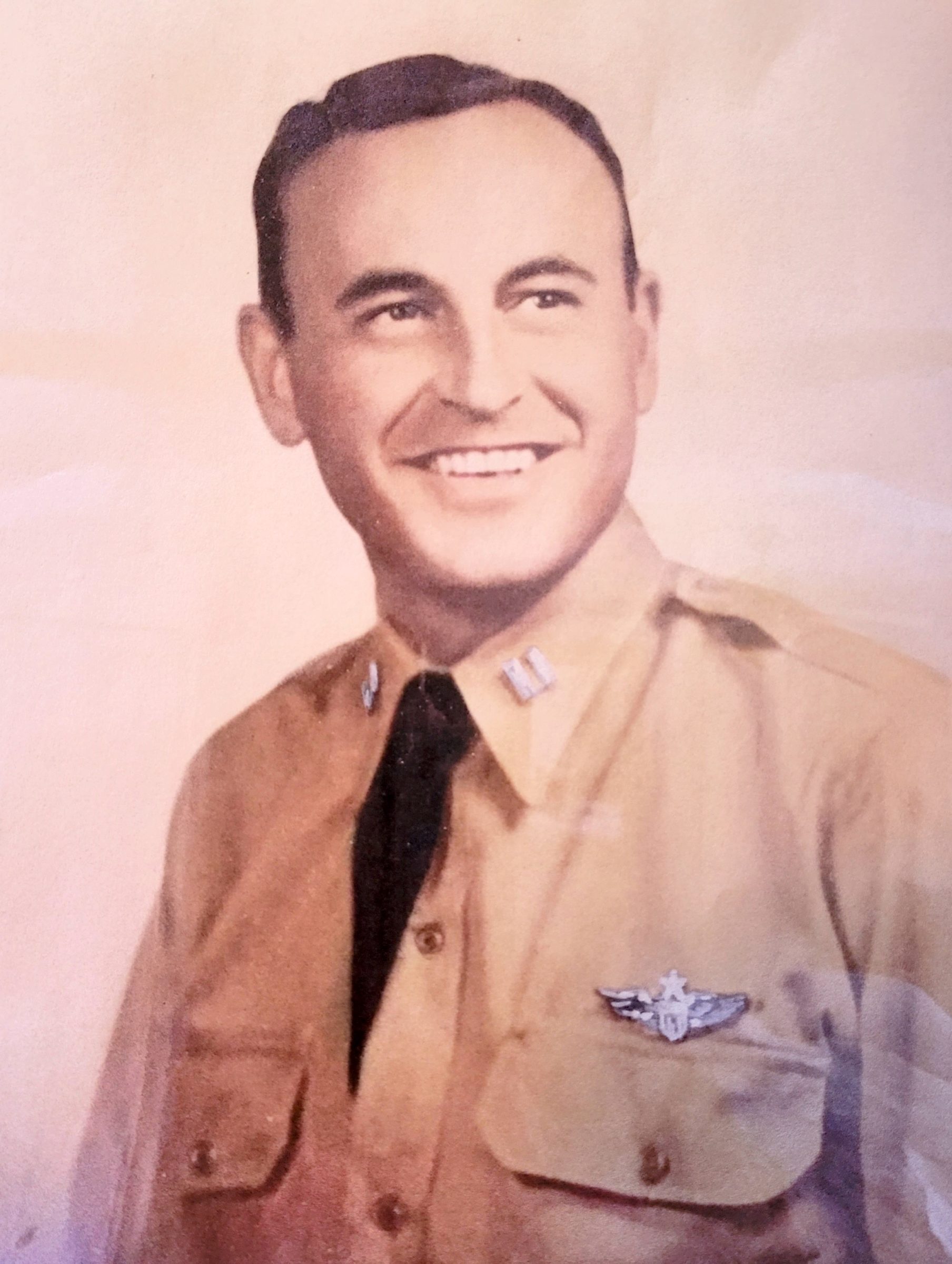 Captain McNeeley was a crewmember of a B-29A Superfortress Bomber with the 372nd Bomber Air Squadron, 307th Bomber Wing based at Kadena Air Base, Okinawa. On September 13, 1951, the aircraft was on a combat mission when it crashed into a mountain near Taem-don, South Korea killing all 14 servicemen on board.

Lieutenant Albert McNeely received his silver wings of the Army Air Force after graduation at Kelly Field in Texas in October 1942. He attended the University of Tennessee and was an airplane mechanic in the Army Air Force before taking his primary flight training at Bonham, Texas. He was the son of John McNeeley of LaFollette.

The Norman Transcript, October 3, 1951:
The War department has informed Mrs. Albert McNeeley of the death of her husband, Captain McNeeley, in an aircraft accident overseas September 13. He was a B-29 pilot, stationed at Okinawa. Besides his wife, he is survived by three daughters, Jeanne, Vickie and Nancy, of the home address his mother, Mrs. John McNeeley, two brothers and a sister, all of LaFollette, Tenn. 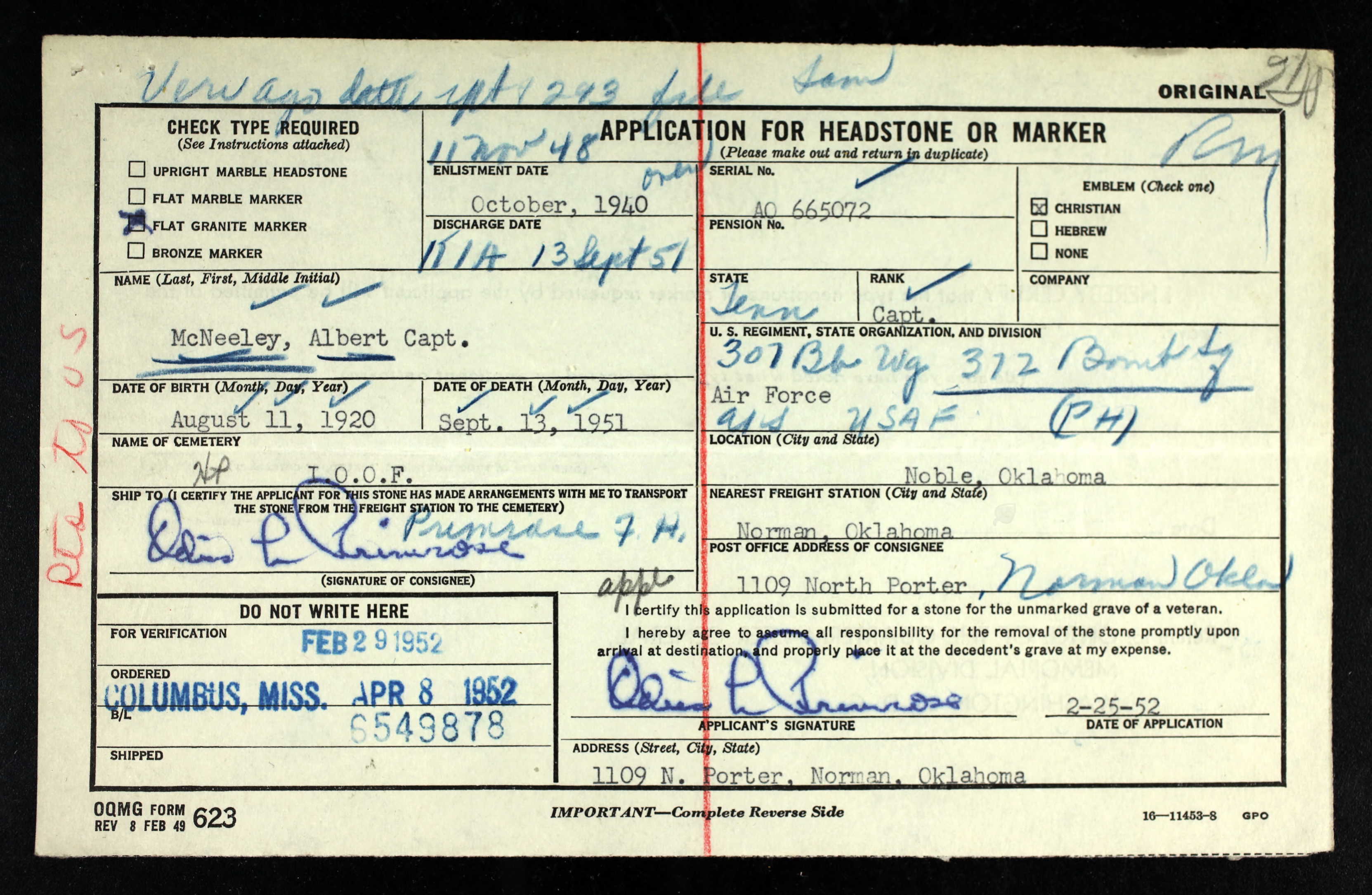 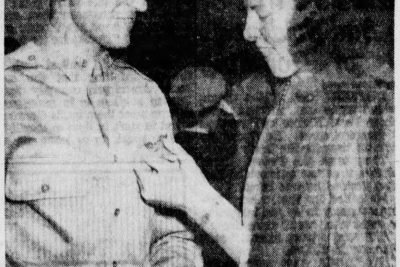 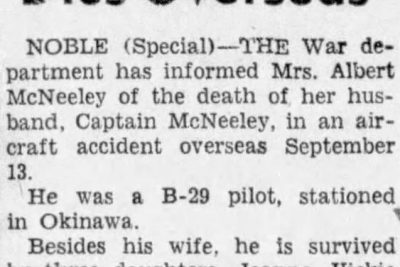 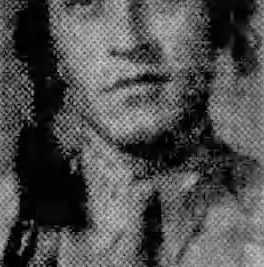 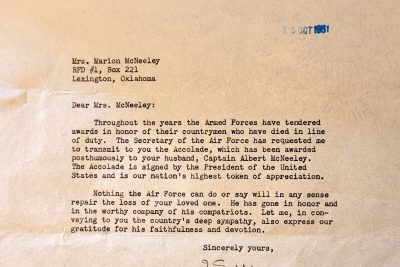 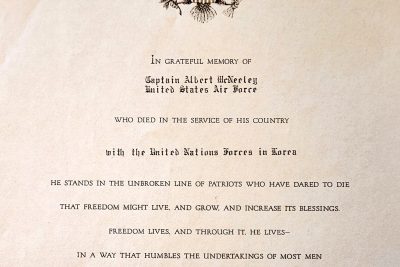