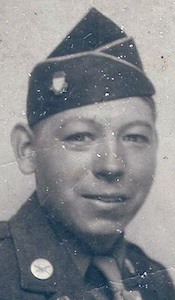 S/Sgt. Albert Moneymaker was killed in France Feb. 10, 1945. He was 21. He had been in service for two years, including North Africa and Italy. Survivors: parents, Mr. and Mrs. Edgar L. Moneymaker; sisters, Mrs. Dorothy Coward, Vivian Moneymaker; brothers, James, Ira, Bruce and Ronald Moneymaker, all of Clinton Rt. 4.; grandmother, Mrs. James Coward, Byington. He was a member of Edgemoor Baptist Church where he was interred August 15, 1948.

I am still attempting to gain more info. As is noted in the material sent it was 3 yrs before his remains were sent home. I am attempting to uncover that time lag. He attended Scarboro School, which was in Oak Ridge prior to the Manhattan Project. Although the news clippings have his home in Powell, he actually lived in Claxton on what is now called Old Blacksferry Lane. He is buried at the Riverview Baptist Church Cemetery. I live next door to his youngest brother, Ronnie Moneymaker, who provided the info sent. Ronnie was only a year old when his brother was killed.
-Submitted by Leo York 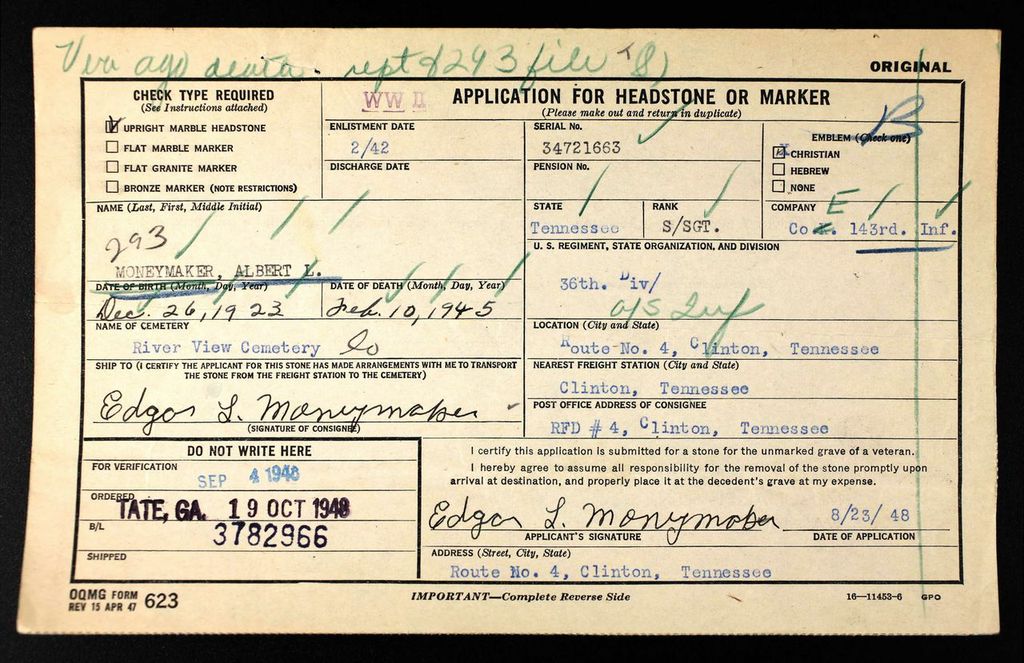 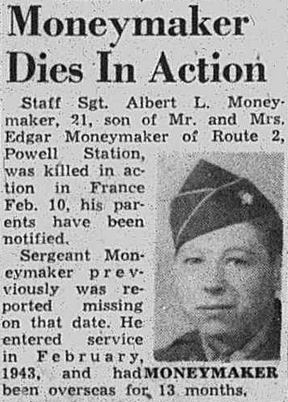