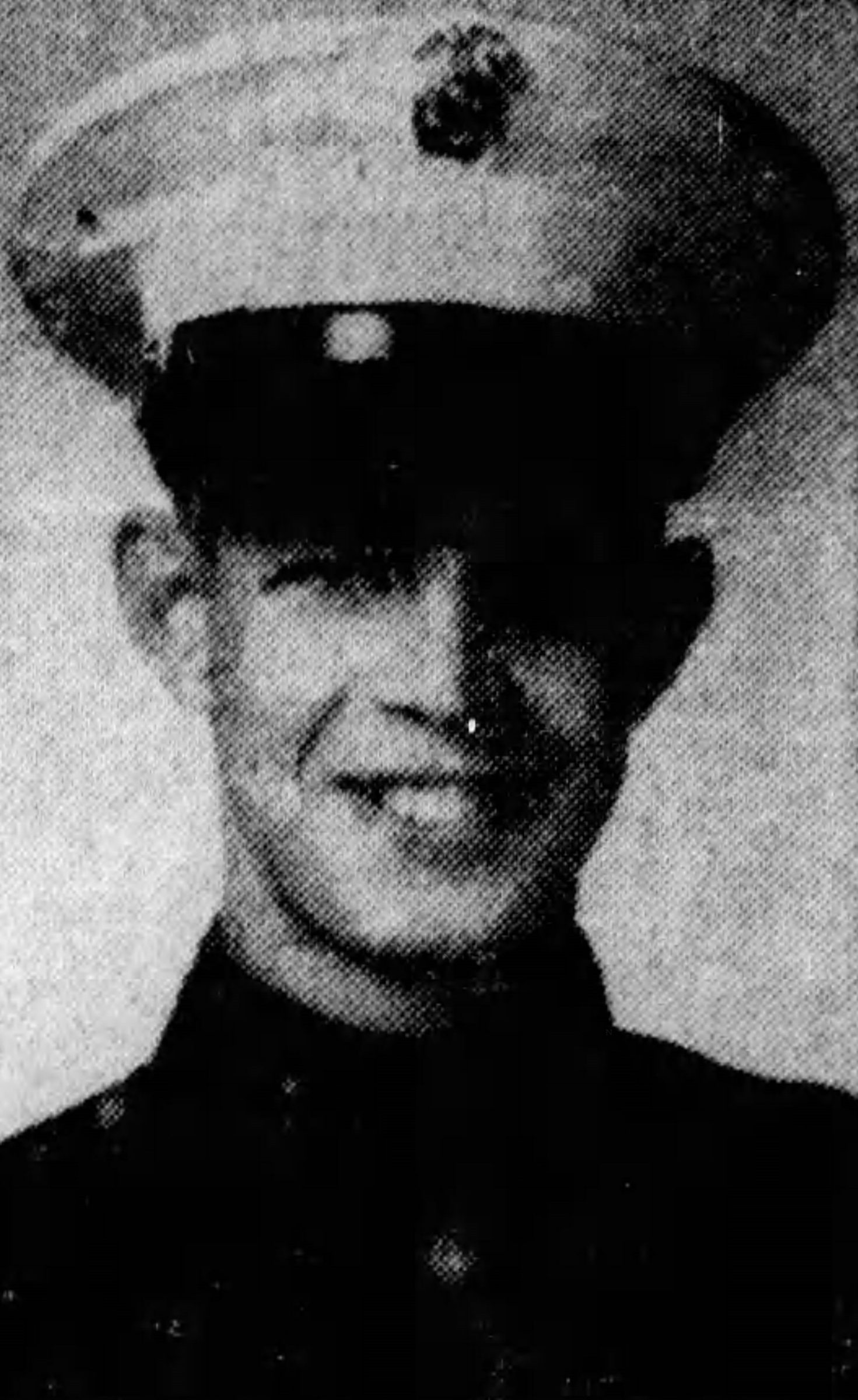 Albert Charles Owen
Private First Class Albert C. Owen joined the United States Marines during the Korean War and was a member of Company A, 1st Battalion, 1st Marines, 1st Marine Division. He enlisted two days after his seventeenth birthday on September 7, 1951. Private First Class Owen was the son of Mrs. Nancy Edmondson and the step-son of Allen Edmondson who resided on Washington Pike.

He was seriously wounded in action by a sniper in the Western Outposts in April of 1953. Albert was flown to the Naval Hospital in Burbank, CA, and remained under treatment until his death on July 8, 1953.

Private First Class Owen was returned to Knoxville the following week and funeral services were held at Union Baptist Church on July 16, 1953. He was buried at the National Cemetery in Knoxville with full military honors provided by American Legion Post #2.

The Knoxville News-Sentinel, July 10, 1953
A sniper’s bullet has claimed the life of Pfc. Albert C. (Sonny) Owen, 18-year-old Marine, of Washington Pike, route 12. Mr. and Mrs. Allen Edmondson received word yesterday that the young former dairy employe had died Wednesday in the U.S. Naval Hospital at San Diego, Calif. Mrs. Edmondson is the mother. Pfc. Owen, a graduate of Ritta School, was shot through the head by a sniper last April 8 while in Korean combat. He was returned Stateside to the hospital about two weeks ago, relatives said. The young Marine had never regained consciousness. Mr. and Mrs. Edmondson returned last Saturday from a trip to his bedside. Pfc. Owen entered service Sept. 7, 1951, and had been in Korea since last Dec. 4. 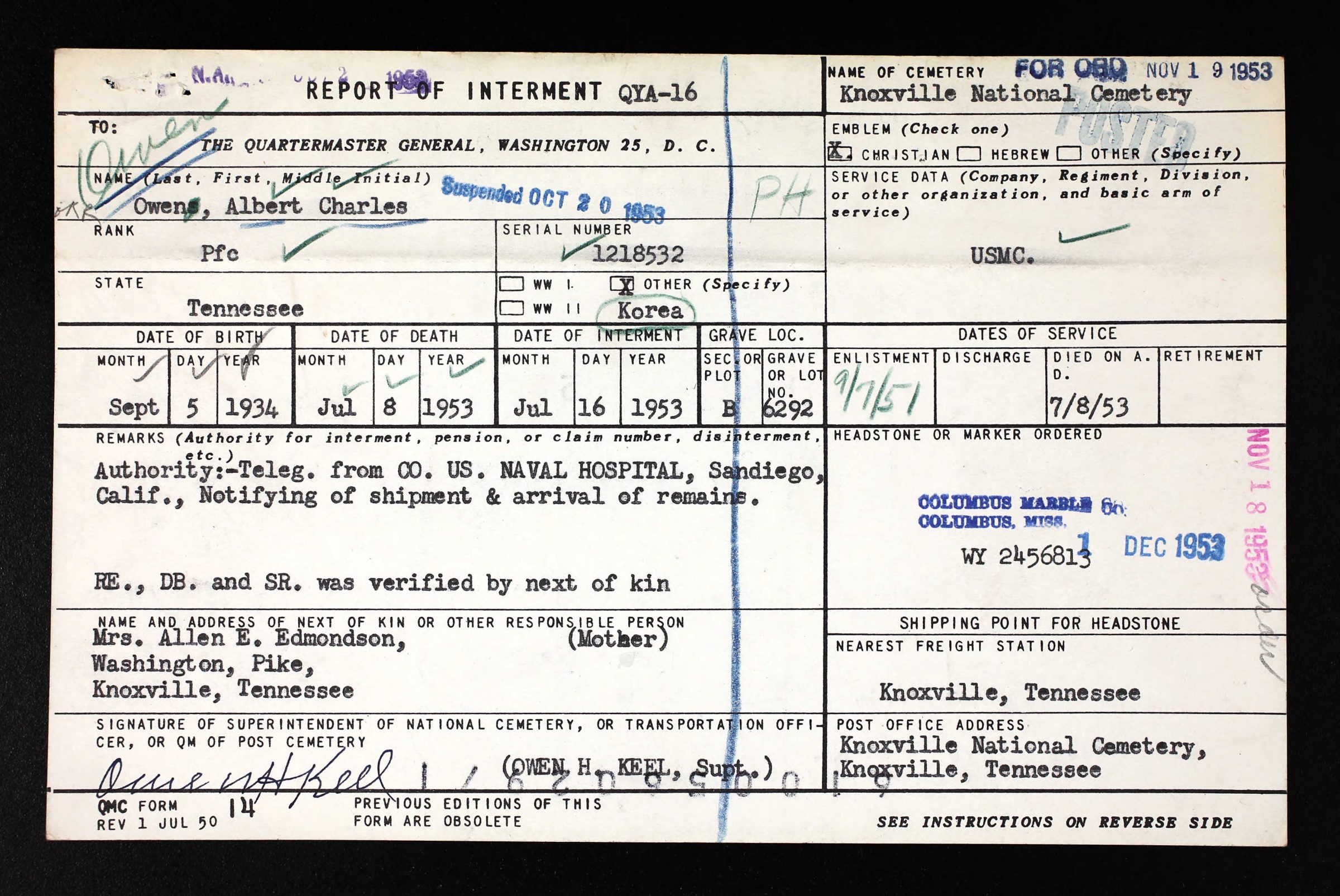 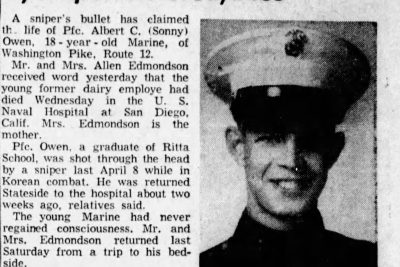