Cadet Albert Bowman Simpson, son of Mr. and Mrs. J.T. Simpson, of Fork Creek, died last Friday in a military hospital at Garden City, N.Y. He was stricken with influenza early in December, which later developed into double pneumonia. The body was brought to Sweetwater Monday afternoon, and funeral services were held Tuesday morning from the Rockville Church. Interment was in the graveyard nearby. The pallbearers were J. Earl May, D.M. Cleveland, Francis Yearwood, Marshal Henley, J. Gid Johnson and Corporal Samuel Wilkerson.
Mr. Simpson was a cadet in the aviation section of the army, having volunteered at the outbreak of the war. He was sent to a training school at Austin, Texas, to a flying school in Florida, and later to New York, where he would have been commissioned a Lieutenant had he lived. While only 24 years of age, he had made a fine record in the army.
The body was accompanied to Sweetwater by Corporal Samuel Wilkerson, of New York, and also by a brother of the deceased, John Simpson, of Knoxville, who was at his bedside when he died. The body was buried with military honors.
Aside from his parents the deceased is survived by seven brothers, and one sister, Miss Sarah. One of the brothers, Jesse, is now in France, a member of the 39th Division and another, Robert, is in the Navy, now stationed in England. He had a very large host of friends who were shocked and grieved to learn of his death. 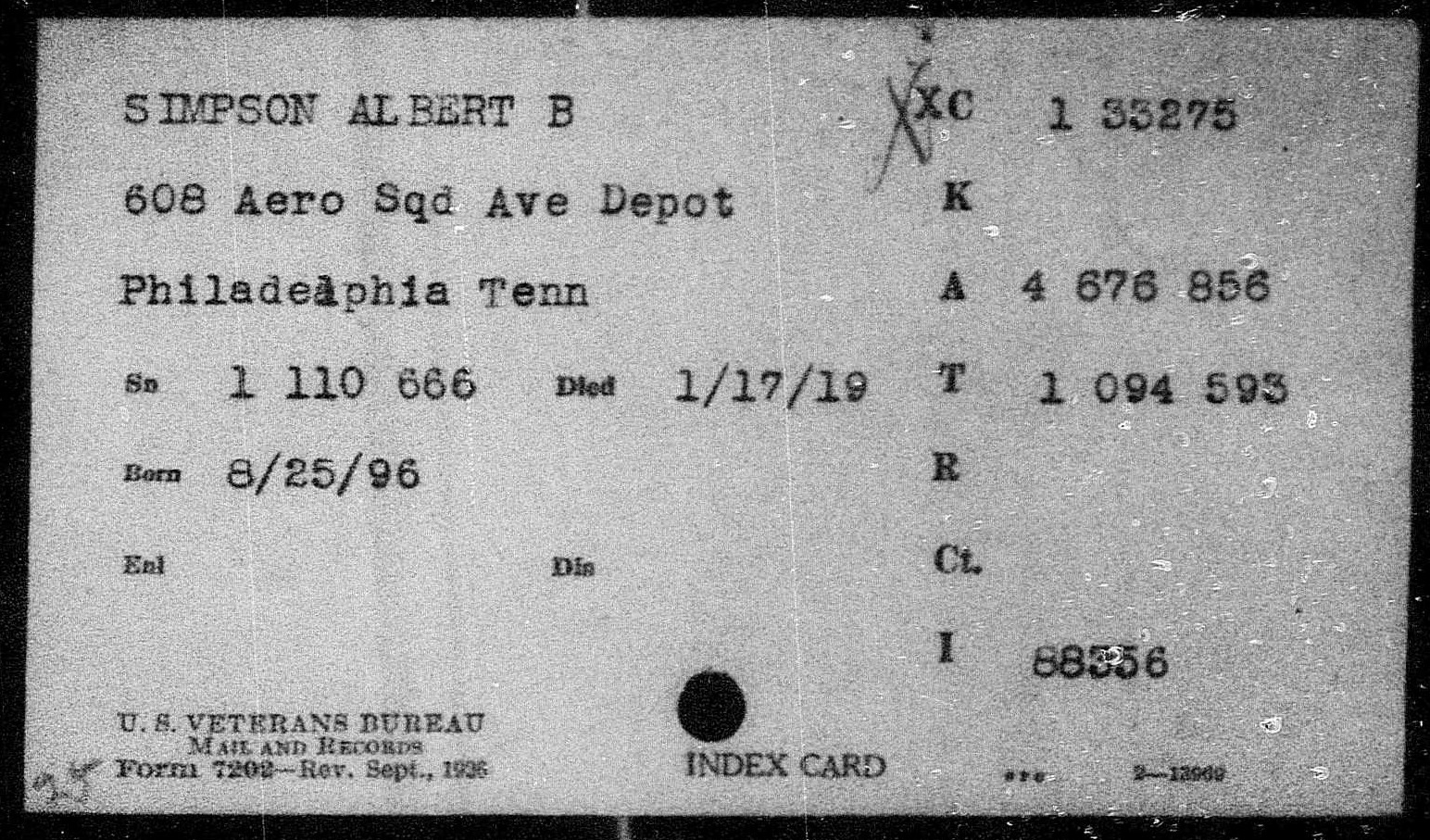 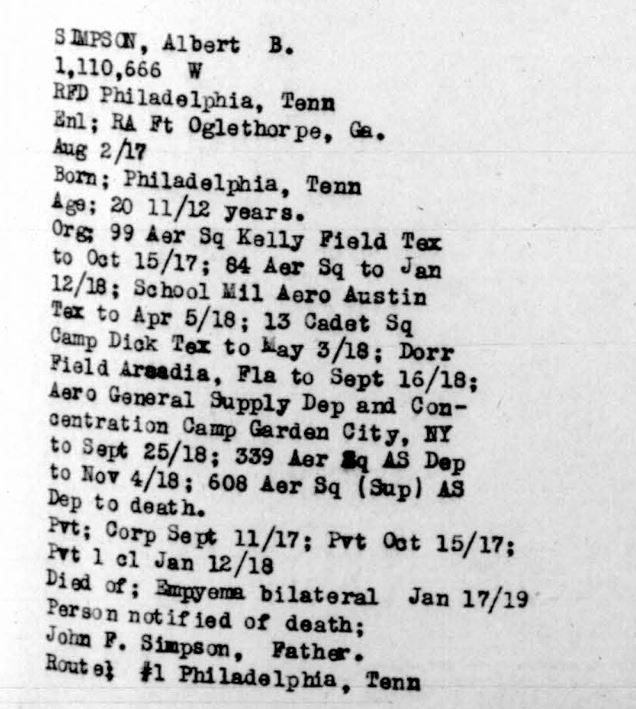