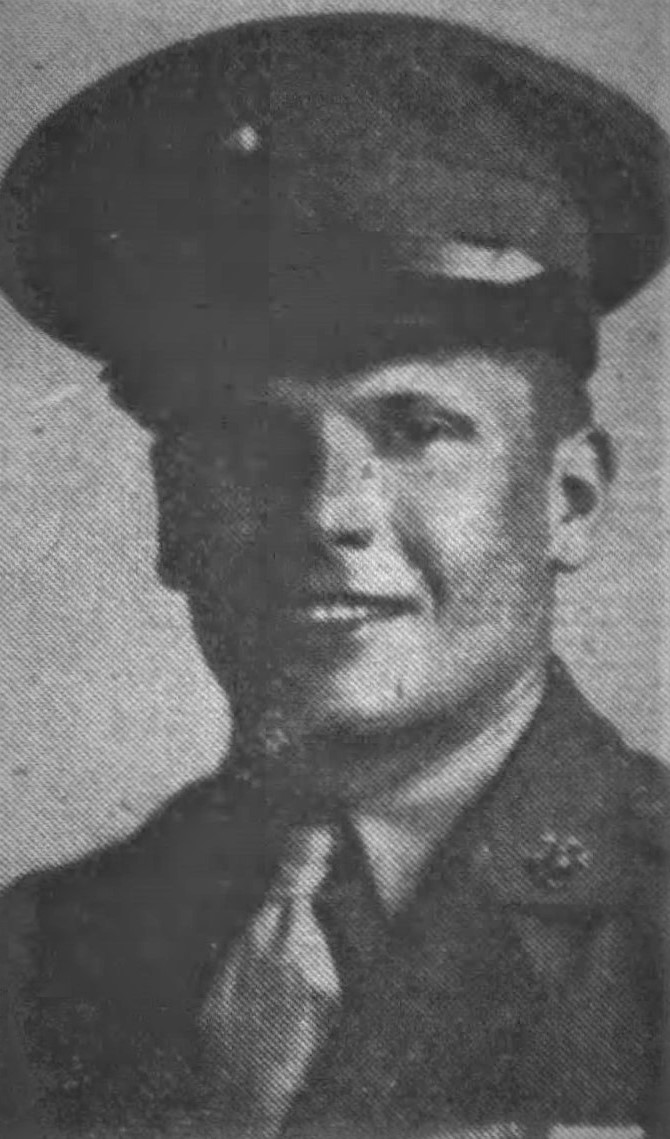 The Chattanooga Times, January 15, 1944
Pvt. Aaron F. Jackson, husband of Mrs. A.F. Jackson, 1716 Read Avenue and a member of the U.S. Marine Corps, has been killed in action according to a dispatch received yesterday from the Navy Department. Pvt. Jackson, father of two two children, Wynell, 3 years old, and Wanda Sue, 15 months, entered the service in February of last year and was given his training at Camp Elliott, San Diego, Calif.
He was sent to the Southwest Pacific theater of operations last July. His death occured Chirstmas Eve, Mrs. Jackson was informed, but she said she was given no further details as to place of action.
Pvt. Jackson is the adopted son of Mr. and Mrs. J.H. Romines, 42 West, 21st Street, and attended school in McDonald, Tenn. Prior to his entry into the marines, Pvt. Jackson was employed by the Cameron & Barr Bakery on Cowart Street. 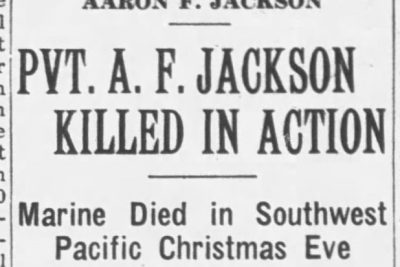