Middlesboro Daily News, 25 January 1945
Chaplain writes. Letter to Mrs. Pearlie Wolfenbarger, R2, Harrogate, Tenn., from Chaplain Gerald J. Robe, stationed with her son, S-Sgt Arnold F. Wolfenbarger, who was killed in action somewhere in Germany, November 22, 1944. Dear Mrs. Wolfenbarger.
The officers and enlisted men of the 22nd Inf. Regiment, join in the regret that we must extend to you our sincerest sympathy on the death of your son, S-Sgt Arnold F. Wolfenbarger, SN 34185903. Your boy was a part of our famous ´Fourth Division´, as much as he was a part of your own home. We shall miss him, even as you yourself will miss him. We were proud to have had him with us!
We hasten to communicate a few facts concerning your son which, we trust, will prove some comfort to you in this hour of trial. Your son was killed in action somewhere in Germany, on November 22, 1944. He now lies buried in an American Military Cemetery in Allied Territory. Just as both you and he would have wished it, appropriate Protestant burial services were conducted for him by a Protestant Army Chaplain. As a soldier, your son bravely fought and bravely died, to slamp out the threat of slavery which hangs over the world today. As a member of our great allied armies, he brought liberation, new hope and new life to the nations, that had been ensulted, robbed, tortured, defiled, and enslaved by their conquers. With such courage and strength in his heart, your son walked humbly with his God, and was therefore worthy to conquer. Almighty God has received the supreme sacrifice of your son, it is, therefore, with the upmost confidence that we offer to God this fervent prayer for your son: `May the Angels receive him at his coming, and lead him into Paradise, where he may have rest everlasting´. While you grieve the death of your beloved son, you know that he still lives and still awaits that glorious and longed for reunion with you. Both of you will meet again, in a far better place than this ´vale of tears´.

Staff Sergeant Arnold F. Wolfenbarger of Harrogate, was born March 25, 1920 and was inducted in the army January 16, 1942. He served in the U.S. two years and was sent overseas January 1944. He was wounded in France, June 21, three months later he joined his Company and was killed in action November 22, somewhere in Germany.
He leaves his mother, four brothers, Pfc Chester Wolfenbarger, Shelby, Clayton and Arlee; three sister, Ruby, Louis Wolfenbarger and Mrs. Hazel Jones all of Harrogate and a host of relatives and friends. 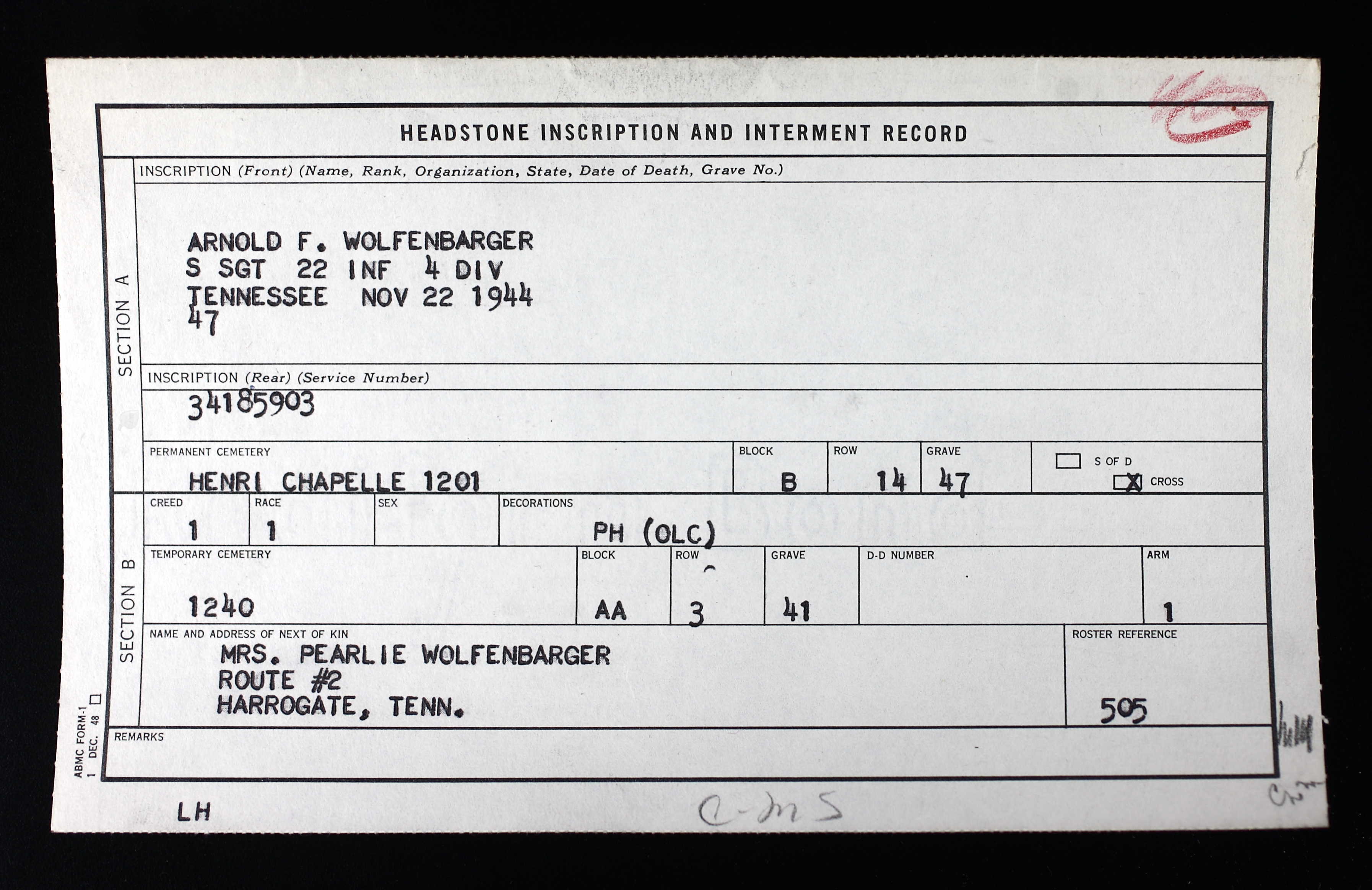 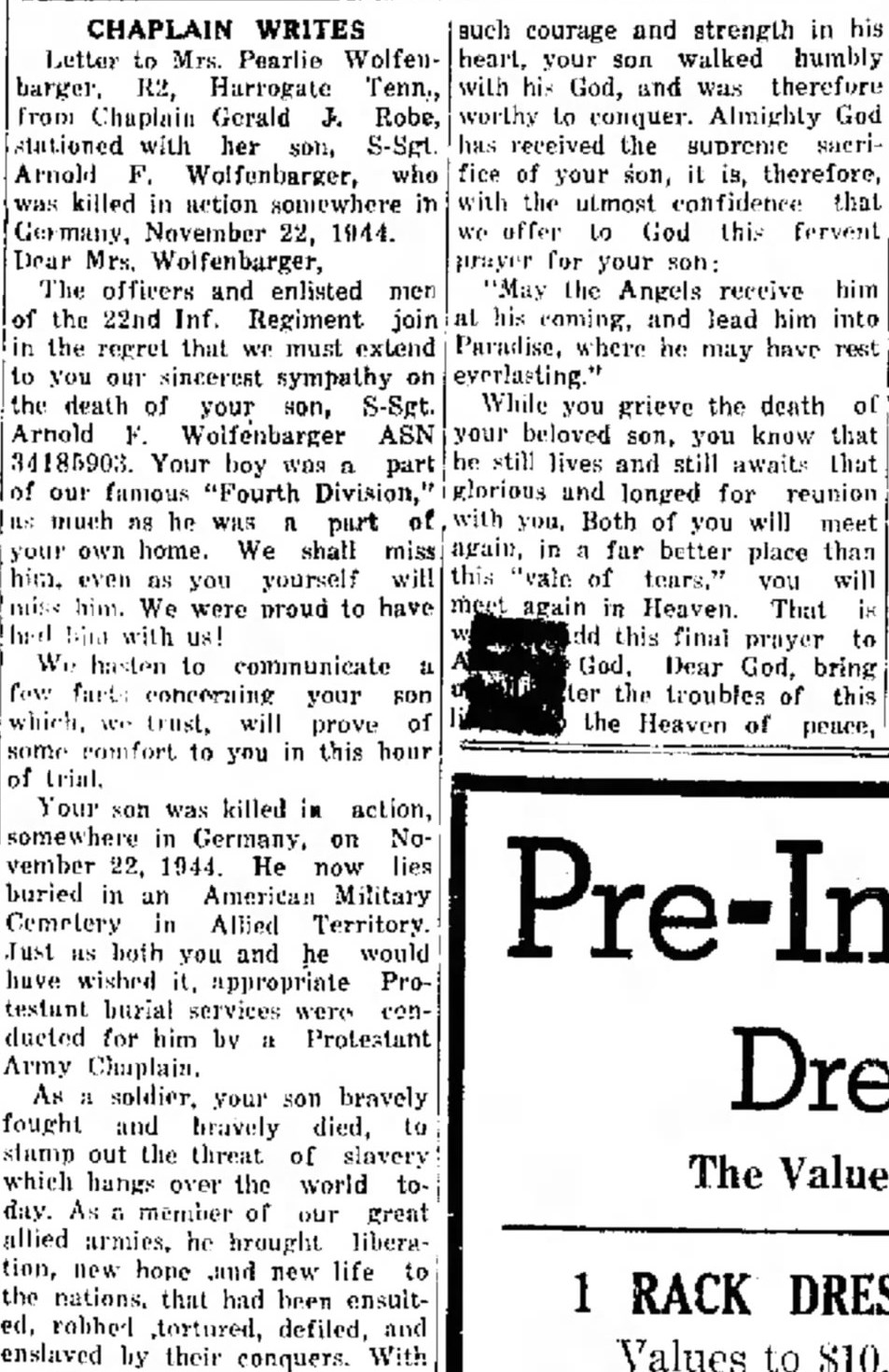