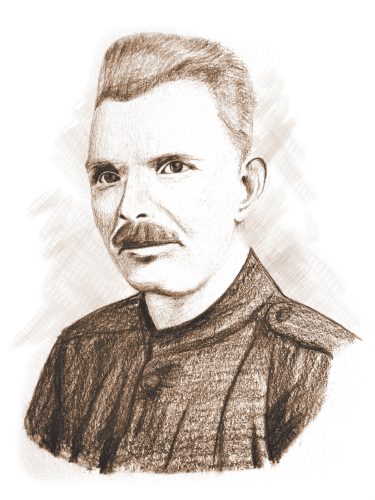 Best known as “Sgt York,” Alvin Cullum York of Pall Mall, Tennessee was one of the most decorated United States Army soldiers of World War I.  He received the Medal of Honor for leading an attack on a German machine gun nest, taking 35 machine guns, killing at least 25 enemy soldiers, and capturing 132. York’s Medal of Honor action occurred during the United States-led portion of the Meuse-Argonne Offensive in France.