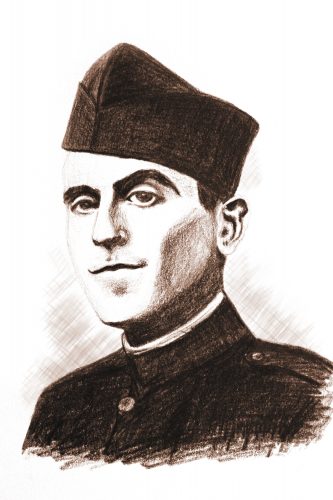 Born in Arlington, TN, Karnes grew up in Knoxville and entered active duty with the United States Army’s 117th Regiment from the Tennessee National Guard during World War I.

On October 8, 1918 during the Meuse-Argonne Offensive, Karnes’ company was stopped near Estrées, France by a German machine gun position. Karnes and fellow Tennessean Private Calvin John Ward, deciding they had “had all they could take” of this situation, fixed bayonets, charged and captured the position. This freed their company to advance against German lines in the last major offensive of the war. Both men received the Medal of Honor for extraordinary heroism in this action.