Top Places to Visit after Moving to Knoxville, TN

Knoxville, Tennessee, was first settled in 1786 and quickly became Tennessee’s capital city. After the Civil War, Knoxville grew into a booming manufacturing and distribution center. In the early 1900s, the Tennessee Valley Authority was headquartered there and is still one of the area’s largest employers. The Oak Ridge National Laboratory, built in the mid-1900s, is another leading employer in the area. Today, Knoxville is the third-largest city in the state and a cultural center of the Appalachian Mountains. It offers one of the gateways to Great Smoky Mountains National Park. The city is known for its beautiful views, the expansive campus of the University of Tennessee and a wide variety of annual events. As you settle into your new home and get ready to explore your new surroundings, you might wonder which places you should visit. This list of fun and interactive attractions will help you to get to know your new community.

The University of Tennessee 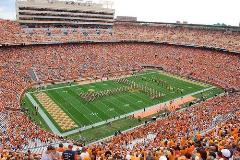 If you enjoy history or if you simply want to learn more about this area of Tennessee, visit the East Tennessee Historical Society. The museum features permanent and rotating exhibits such as “Rock of Ages: East Tennessee’s Marble Industry” and “Voices of the Land: The People of East Tennessee.” The museum has art collections of pieces made by Tennessee residents. These works of art include sculptures, quilts, wood art, paintings and drawings. The East Tennessee Historical Society is also home to more than 13,000 artifacts and pieces of material culture representing Tennessee. The museum hosts regular guest lectures and special events with a focus on preserving Appalachian culture and remembering Eastern Tennessee’s history.

When you are ready to get out and walk around historic Knoxville, come into Old City Knoxville and do some exploring. The historic district features an eclectic collection of bars, restaurants, art galleries and boutique shops. During the summertime, you can often catch a live performance of music in the evenings as you relax at one of the bistro tables. The neighborhood is buzzing from morning until midnight; coffee houses, artist galleries and shops are open during the day, and clubs and bars are open well into the night. Old City Knoxville is also the home of the Green Line Trolley. You can park for free along Willow Avenue or under the interstate overpass next to Barleys. There are also a number of convenient paid parking lots available.

Those who enjoy exotic animals and conservation may wish to check out Zoo Knoxville. The zoo is home to several red pandas and is ranked as the number one zoo in the United States for red panda conservation. African elephants, African lions, chimpanzees, giraffes, giant tortoises, Malayan tigers, meerkats, western lowland gorillas and southern white rhinoceroses are just some of the species on display here. Zoo Knoxville also features many educational and interactive animal experiences. You can attend special animal demonstrations or lectures from conservation experts or participate in one of the fundraising dinners, concerts or other events to help support the zoo’s conservation efforts.

Take in the arts of Eastern Tennessee at the Knoxville Museum of Art. The museum offers temporary exhibits such as “Higher Ground: A Century of the Visual Arts in East Tennessee” and the artwork of students throughout the eastern half of the state. Knoxville Museum of Art also houses many permanent exhibits, including “Facets of Modern and Contemporary Glass” and Richard Jolley’s “Cycle of Life” installation. The museum has all types of art, including hand-carved furniture, sculptures, quilts, paintings and more. The Knoxville Museum of Art also provides you with the opportunity to attend special events throughout the year, such as the Sunday art days for kids or the cocktail and guest lecture hours. (Photo Credit: http://www.knoxart.org/)

The Clarence Brown Theatre is a community theater and playhouse where you can see a wide variety of performances. The theater is located in the middle of the University of Tennessee’s campus. It seats up to 564 guests and features two pits and an expansive stage. Some of the past performances at the theater have included “Around the World in 80 Days” and “Top Girls.” Visiting the Clarence Brown Theatre also provides you with the opportunity to watch film screenings. The theater frequently shows indie films as well as some American classics. The theater is available for rent for special events. The theater’s actors and managers often hold special events, such as acting workshops and summer camps for kids and teenagers.

At the McClung Museum of Natural History & Culture, you can view permanent exhibitions of ancient Egypt, Tennessee’s rivers, the origins of the human species and the Civil War’s battles in and around Knoxville. The museum also has temporary exhibits that have included “Dinosaur Discoveries: Ancient Fossils,” “New Ideas and Maya: Lords of Time.” The McClung Museum of Natural History & Culture has displays of archeological discoveries from the Appalachian region of Tennessee. You can also attend special lectures and educational events for people of all ages. Admission to the museum and parking is free for all guests.

The Bijou Theatre is a performance venue for all types of art. You can visit the Bijou Theatre to enjoy a comedy show, a musical performance, a theatrical play or a screening of a movie. The theater also hosts special guest lectures and holiday events, such as the annual St. Patrick’s Day festivities. The Banff Mountain Film Festival takes place at the theater each year in March, featuring films produced by artists from Knoxville and the surrounding area. The Bijou Theatre also features a bistro where you can enjoy a cocktail or an appetizer before, between or after a theatrical performance. 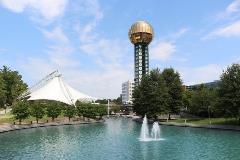 In 1982, Knoxville hosted the World’s Fair. The World’s Fair Park was built on the site after the completion of that event. The attractions at World’s Fair Park include a riverfront boardwalk where you can boat, swim and fish. There is a play fountain with interactive geysers for splashing in on hot summer days. The park is also home to many historical markers and statues that explain the area’s history. Gardens line the paths, along with benches where you can sit and read or enjoy a leisurely lunch. The World’s Fair Park also provides you with the opportunity to get tickets for boat rides on the Tennessee River, visit the Knoxville welcome center, listen to a concert in the amphitheater or attend one of the many special events that take place throughout the year.

East Tennessee Veterans Memorial is a public plaza with granite columns dedicated to soldiers who gave their lives for freedom in World War I, World War II, the Korean War, the Vietnam War, Operation Desert Storm and other military conflicts. Each soldier’s name is inscribed on the pillars. You can take photos or do chalk rubbings of the names. More than 6,000 names of veterans from Tennessee are memorialized at the plaza. The East Tennessee Veterans Memorial also provides you with the opportunity to learn more about each of the armed conflicts. The memorial is surrounded by plenty of green space with benches so that you can sit and reflect on the veterans who have been honored by the memorial. Special events take place at the memorial on Veteran’s Day and Memorial Day each year.