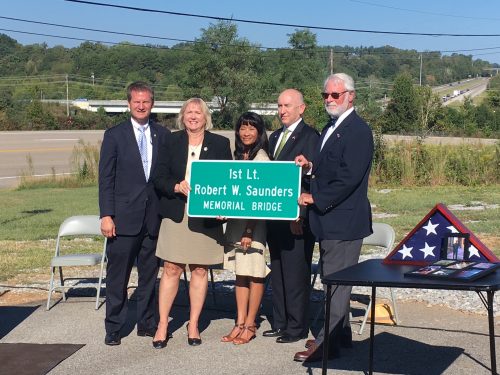 First Lieutenant Saunders, United States Marine Corps, made the ultimate sacrifice on June 17, 1970 when his plane crashed in inclement weather during a routine mission near Yakota Air Base, Japan.  The bridge dedicated in his honor is the one spanning State Route 162 on Dutchtown Road in Knoxville.  Knoxville Senators Becky Duncan Massed and Richard Briggs dedicated the bridge September 21, 2016.