To Remember, Honor, Educate, and Inspire…

The East Tennessee Veterans Memorial is a public plaza with a formal arrangement of granite pillars bearing the names of 6316 fallen heroes from 35 East Tennessee counties who died in military service during named conflicts since World War I. It was dedicated and officially unveiled November 15, 2008.

The names of the 14 Medal of Honor recipients from East Tennessee are inscribed and honored on the reverse side of the pillars. Quotations related to the wars and national service offer an occasion for reflection and meditation. A bell tower tolls for those lost, and for the four essential freedoms we honor and defend.

Major support for the Memorial has come from Knox County, the City of Knoxville, the State of Tennessee, the Federal Government, and hundreds of individuals, businesses, and groups.

Tickets and Tables sales for the 2023 Medal of Honor Evening are now available for purchase online.

The ETVMA has compiled an extensive and constantly growing database of all veterans remembered on the East Tennessee Veterans Memorial. To find information about any veteran on the Memorial, enter a name below.

Now available: The East Tennessee Veterans Memorial – A Pictorial History of the Names on the Wall, Their Service, and Their Sacrifice by John Romeiser and Jack (Nick) McCall, exclusively from UT Press. 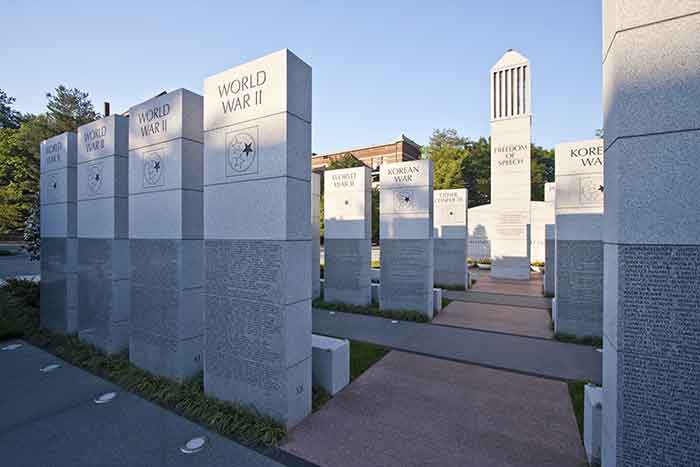 The review is by ETVMA Board Member Emeritus Nick McCall. It was published initially in the Knoxville Bar Association’s monthly magazine DICTA, February 2023, Volume 51, Issue 2.

Breakdown of Casualties by County – May 2022

The almost 400-page book is available from the University of Tennessee Press, local bookstores, or Amazon. It showcases the stories of over 300 service members and their families, documented with public records, obituaries, and family recollections. In these pages, readers will find the accounts of each of East Tennessee’s 14 Medal of Honor recipients, along […] 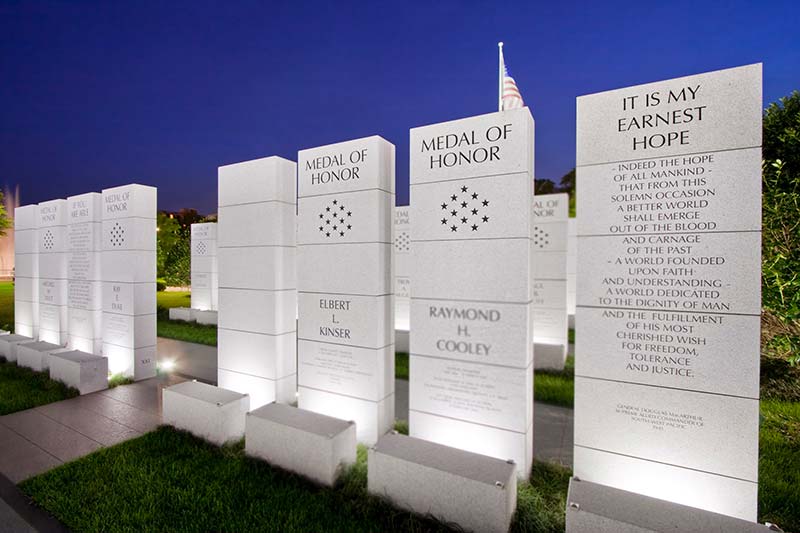 The East Tennessee Veterans Memorial in Knoxville’s World’s Fair Park bears the names of more than 6300 veterans from 35 East Tennessee counties who have died in military service since the beginning of World War I. Those counties are those that comprise the eastern grand division of the state plus Fentress and Sequatchie counties on the Cumberland Plateau.